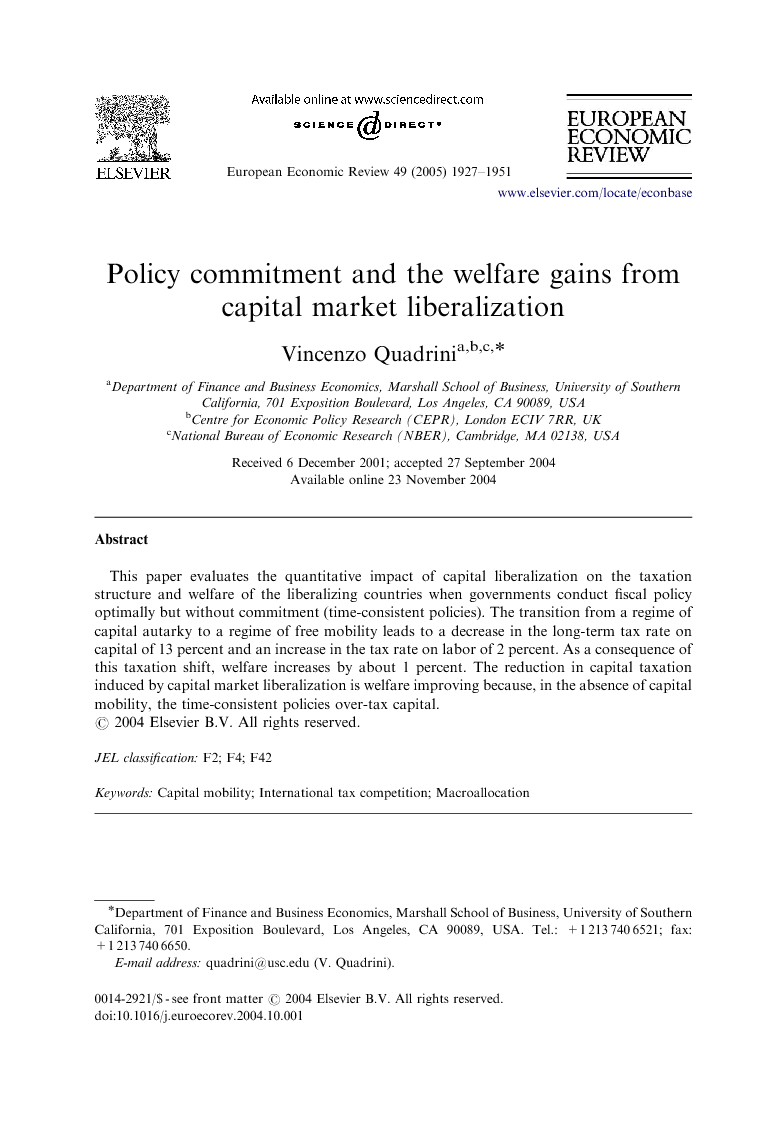 This paper evaluates the quantitative impact of capital liberalization on the taxation structure and welfare of the liberalizing countries when governments conduct fiscal policy optimally but without commitment (time-consistent policies). The transition from a regime of capital autarky to a regime of free mobility leads to a decrease in the long-term tax rate on capital of 13 percent and an increase in the tax rate on labor of 2 percent. As a consequence of this taxation shift, welfare increases by about 1 percent. The reduction in capital taxation induced by capital market liberalization is welfare improving because, in the absence of capital mobility, the time-consistent policies over-tax capital.

Studies in the optimal taxation literature conclude that the taxation of capital should be minimized in the long-run. There are several obstacles to the implementation of this normative recommendation. Among them is the lack of government commitment. Due to time-consistency problems, equilibrium policies over-tax capital and are inefficient. The liberalization of capital markets reduces the incentive to tax capital and improves welfare. The welfare gains are evaluated to be in the order of 1 percent of consumption. These gains will not be achieved if the integrating countries coordinate their fiscal policies as recommended by the October 1997 communication from the European Commission to the European Council.