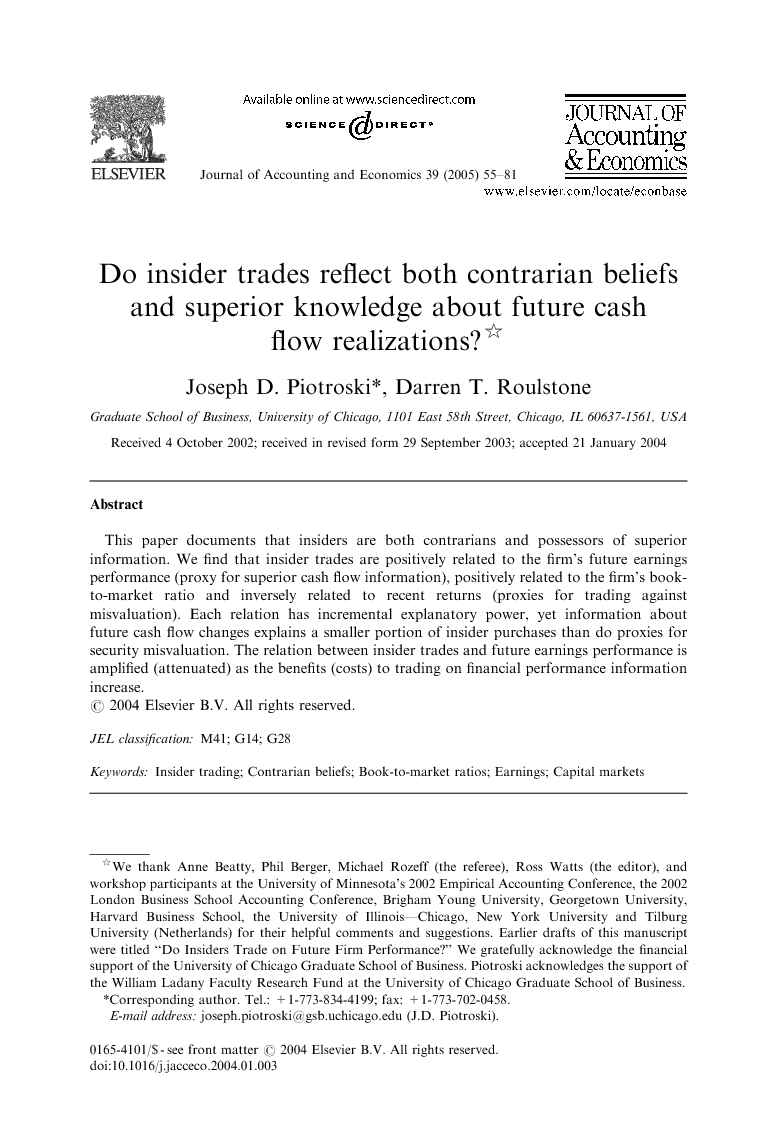 This paper documents that insiders are both contrarians and possessors of superior information. We find that insider trades are positively related to the firm's future earnings performance (proxy for superior cash flow information), positively related to the firm's book-to-market ratio and inversely related to recent returns (proxies for trading against misvaluation). Each relation has incremental explanatory power, yet information about future cash flow changes explains a smaller portion of insider purchases than do proxies for security misvaluation. The relation between insider trades and future earnings performance is amplified (attenuated) as the benefits (costs) to trading on financial performance information increase.