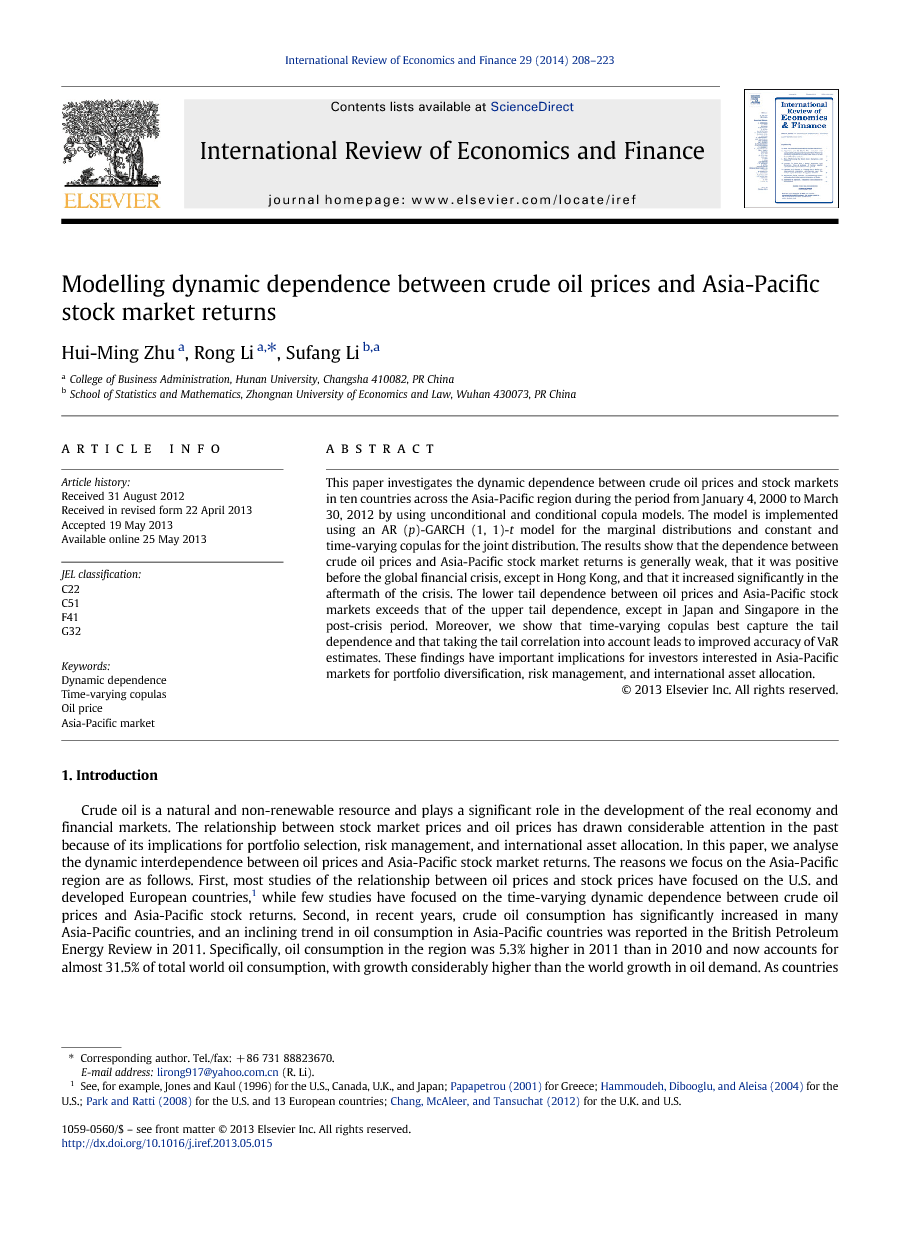 This paper investigates the dynamic dependence between crude oil prices and stock markets in ten countries across the Asia-Pacific region during the period from January 4, 2000 to March 30, 2012 by using unconditional and conditional copula models. The model is implemented using an AR (p)-GARCH (1, 1)-t model for the marginal distributions and constant and time-varying copulas for the joint distribution. The results show that the dependence between crude oil prices and Asia-Pacific stock market returns is generally weak, that it was positive before the global financial crisis, except in Hong Kong, and that it increased significantly in the aftermath of the crisis. The lower tail dependence between oil prices and Asia-Pacific stock markets exceeds that of the upper tail dependence, except in Japan and Singapore in the post-crisis period. Moreover, we show that time-varying copulas best capture the tail dependence and that taking the tail correlation into account leads to improved accuracy of VaR estimates. These findings have important implications for investors interested in Asia-Pacific markets for portfolio diversification, risk management, and international asset allocation.