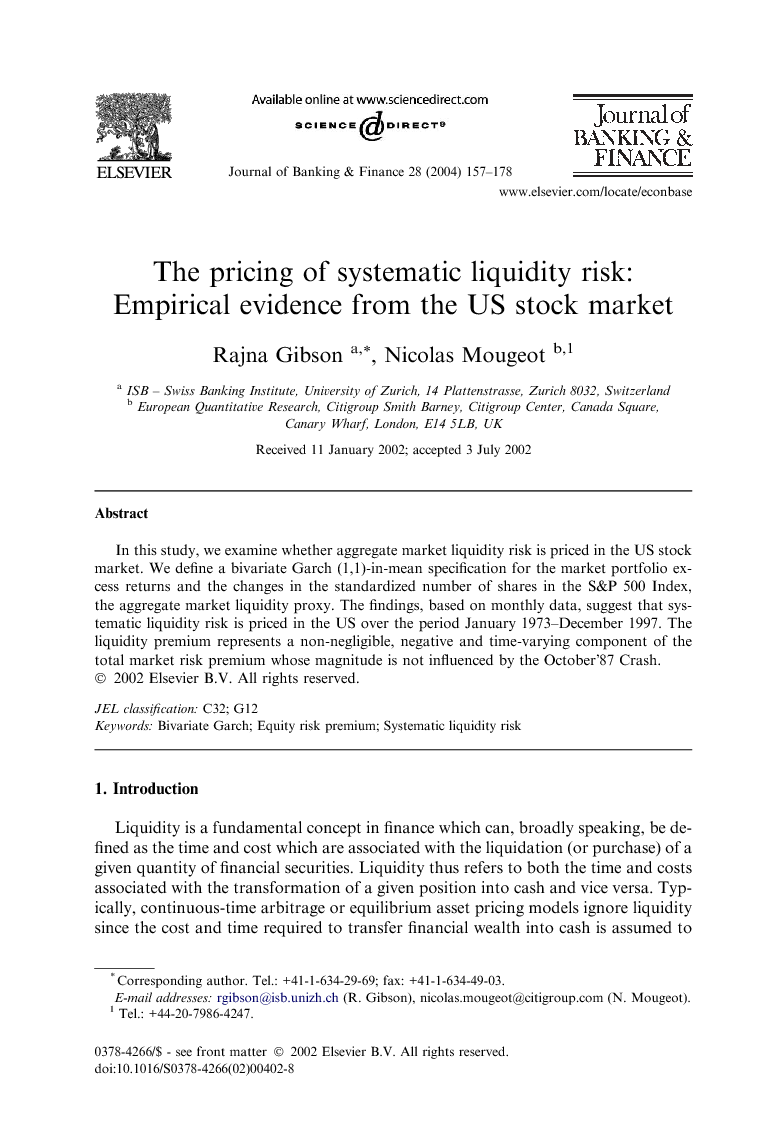 In this study, we examine whether aggregate market liquidity risk is priced in the US stock market. We define a bivariate Garch (1,1)-in-mean specification for the market portfolio excess returns and the changes in the standardized number of shares in the S&P 500 Index, the aggregate market liquidity proxy. The findings, based on monthly data, suggest that systematic liquidity risk is priced in the US over the period January 1973–December 1997. The liquidity premium represents a non-negligible, negative and time-varying component of the total market risk premium whose magnitude is not influenced by the October’87 Crash.