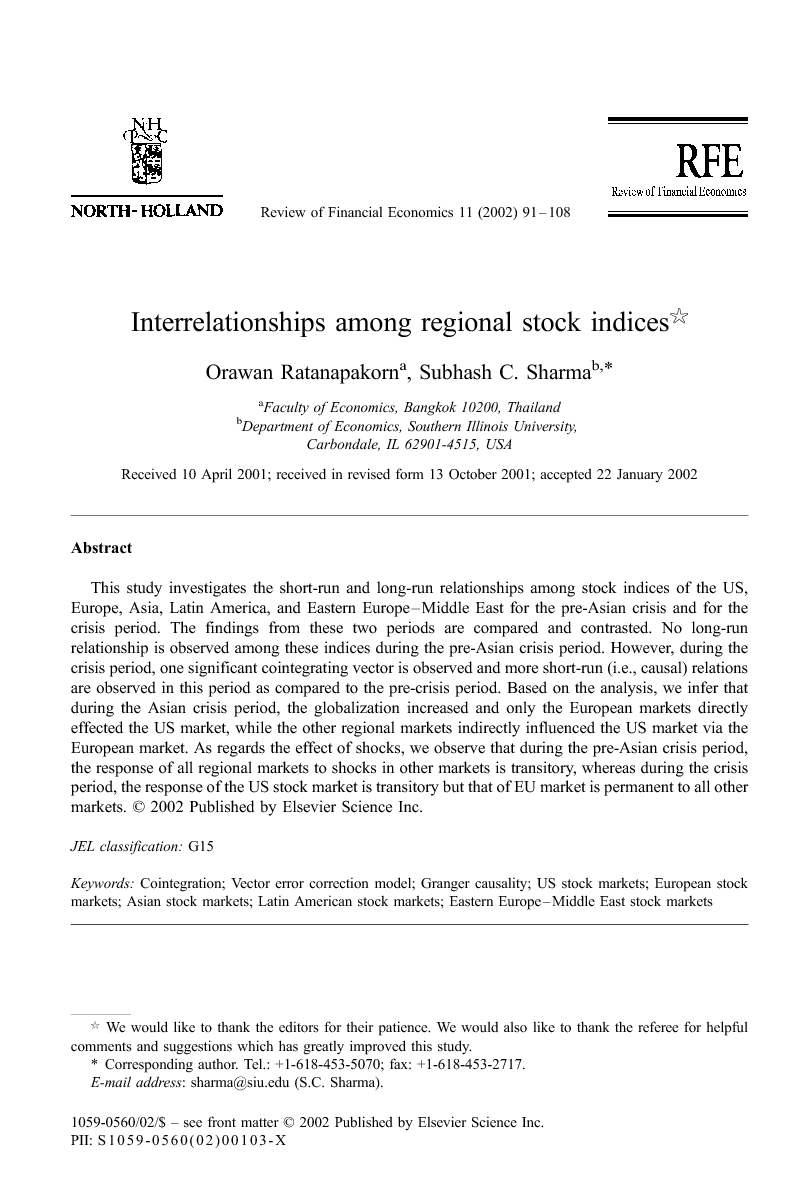 In this study, short-term and long-term relationships are investigated in five regional stock indices for the pre-Asian crisis (January 1, 1990 to December 31, 1996) and Asian crisis (July 2, 1997 to March 10, 2000) periods. No long-term relationship is observed before the pre-Asian crisis. However, one significant cointegrating vector is observed during the crisis period and each market contributed significantly (in a statistical sense) to the long-run relationship. It can be interpreted that the degree of globalization increased during and after the crisis period. The short-term relations are analyzed through Granger causality and innovation analyses. Note that the local events such as the Gulf War, the Japanese stock market decline, and the Mexican peso crisis did not effect the US market in a causal sense in the pre-Asian crisis period. During the crisis, only the European market Granger causes the US market, while the other regional markets indirectly cause the US market via the European market. The direction of causality for the whole system implies that the Asian crisis spread to either Latin American or Eastern Europe-Middle East markets, then to Europe, and finally to the US market. It can be inferred that the outlook for the US economy can be hinted by examining European markets. The innovation analysis supports the causality findings. For the variance decomposition analysis, it can be concluded that local events and financial crises in recent years do not have enough power to influence the US stock market due to the robust US economy. According to the impulse response functions, local events such as the Gulf War, the Japanese stock market decline, and the Mexican peso crisis do not have powerful impacts on other regional markets, that is, the effects will die out within 10 days. The Asian crisis temporarily influenced the US stock market with a time span of 6 days. The repercussions of the Asian crisis to markets in EU, LA, and EM, however, are long lasting. This implies that the US stock market is the most influential among regional markets.