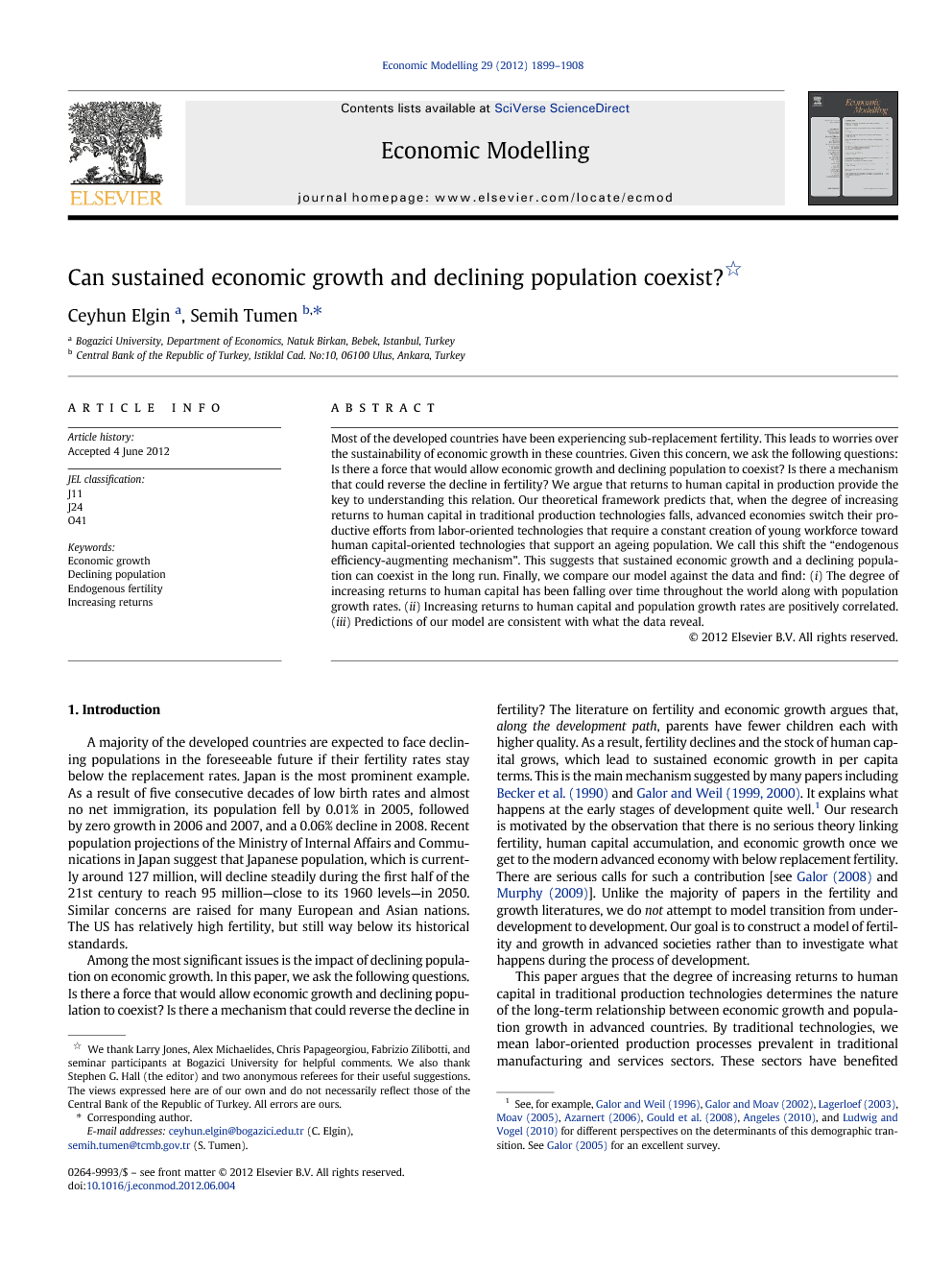 Most of the developed countries have been experiencing sub-replacement fertility. This leads to worries over the sustainability of economic growth in these countries. Given this concern, we ask the following questions: Is there a force that would allow economic growth and declining population to coexist? Is there a mechanism that could reverse the decline in fertility? We argue that returns to human capital in production provide the key to understanding this relation. Our theoretical framework predicts that, when the degree of increasing returns to human capital in traditional production technologies falls, advanced economies switch their productive efforts from labor-oriented technologies that require a constant creation of young workforce toward human capital-oriented technologies that support an ageing population. We call this shift the “endogenous efficiency-augmenting mechanism”. This suggests that sustained economic growth and a declining population can coexist in the long run. Finally, we compare our model against the data and find: (i) The degree of increasing returns to human capital has been falling over time throughout the world along with population growth rates. (ii) Increasing returns to human capital and population growth rates are positively correlated. (iii) Predictions of our model are consistent with what the data reveal.