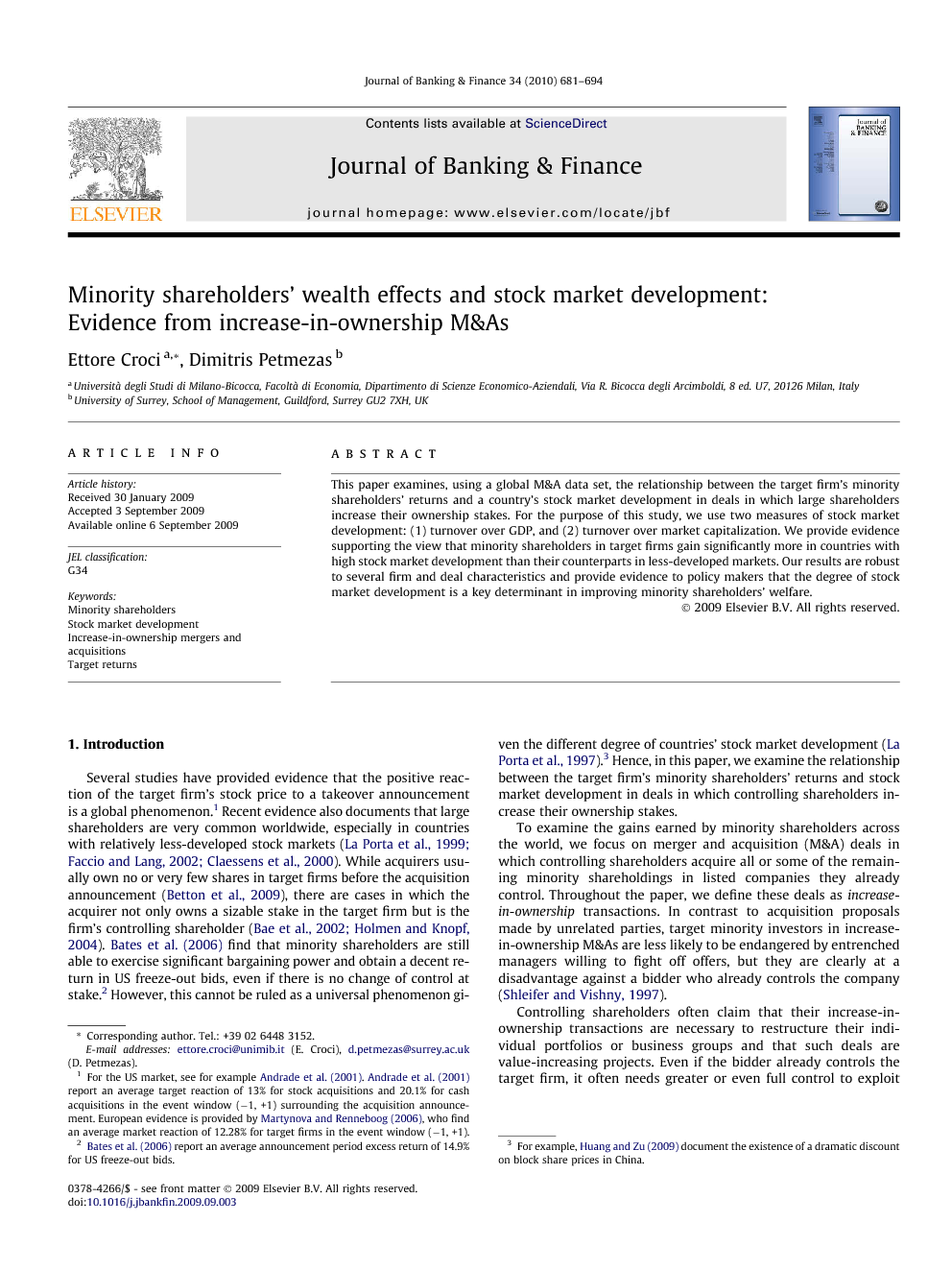 This paper investigates the relationship between stock market development and announcement returns to target firm’s minority shareholders in increase-in-ownership acquisitions. The evidence supports the view that target firms’ shareholders do not enjoy the same privileges everywhere. While on average positive, abnormal returns differ greatly across countries, and the level of stock market development appears to play a significant role in driving targets’ returns. We use a global sample of 46 countries, which includes 1174 such deals, and we measure stock market development based on two alternative proxies: turnover over GDP and turnover over market capitalization. Our findings indicate that, when the company’s controlling shareholders engage in increase-in-ownership acquisitions, minority shareholders greatly benefit from the country’s stock market development. These results hold when we control for several deal and target characteristics and have implications for policymakers. One of the policymakers’ top priorities should be to improve stock market participation and increase market liquidity – i.e., develop an efficient stock market. In fact, our results document that a developed stock market serves as an effective disciplinary mechanism even for a bidder that already controls the target company.