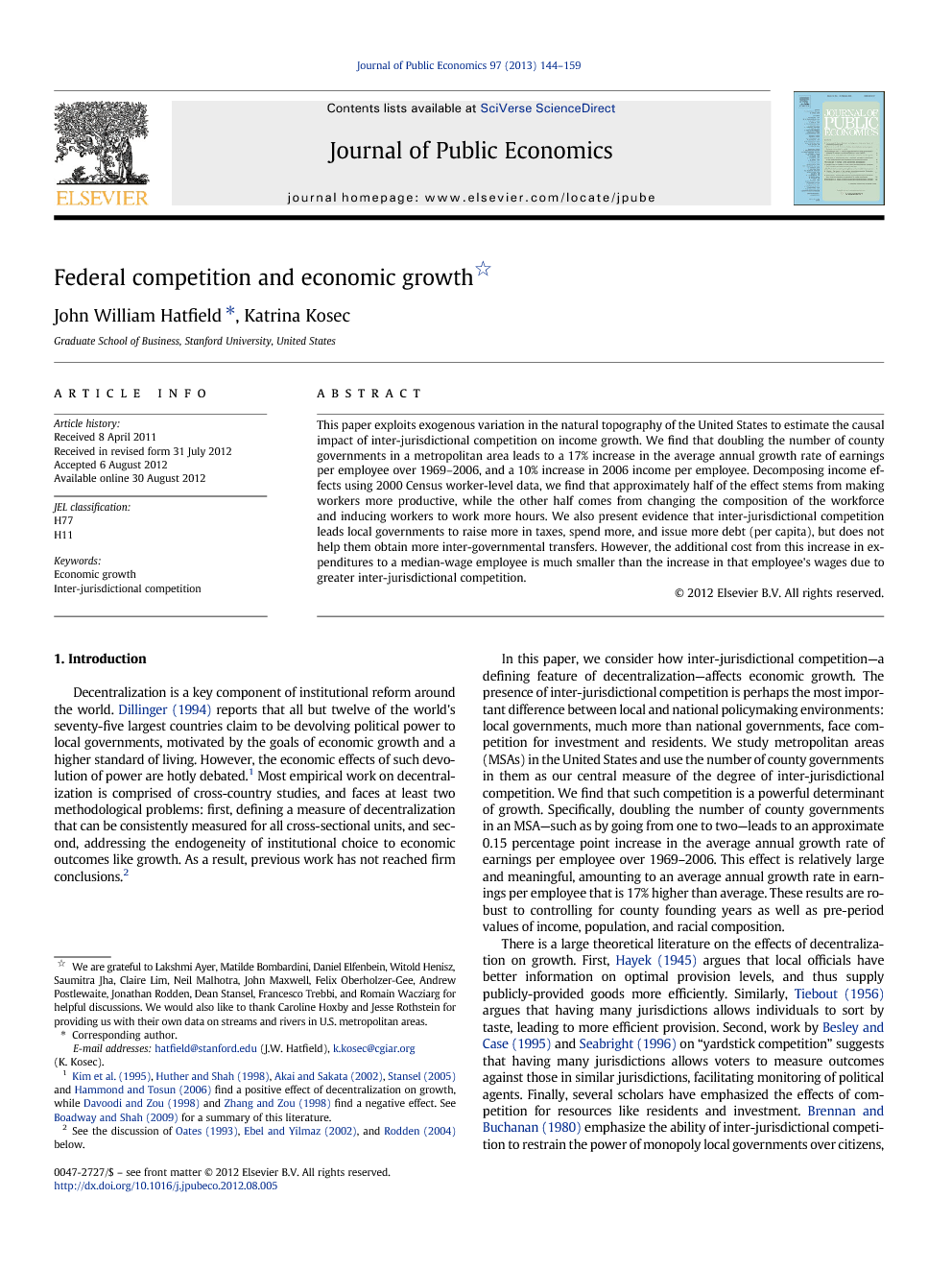 This paper exploits exogenous variation in the natural topography of the United States to estimate the causal impact of inter-jurisdictional competition on income growth. We find that doubling the number of county governments in a metropolitan area leads to a 17% increase in the average annual growth rate of earnings per employee over 1969–2006, and a 10% increase in 2006 income per employee. Decomposing income effects using 2000 Census worker-level data, we find that approximately half of the effect stems from making workers more productive, while the other half comes from changing the composition of the workforce and inducing workers to work more hours. We also present evidence that inter-jurisdictional competition leads local governments to raise more in taxes, spend more, and issue more debt (per capita), but does not help them obtain more inter-governmental transfers. However, the additional cost from this increase in expenditures to a median-wage employee is much smaller than the increase in that employee's wages due to greater inter-jurisdictional competition.