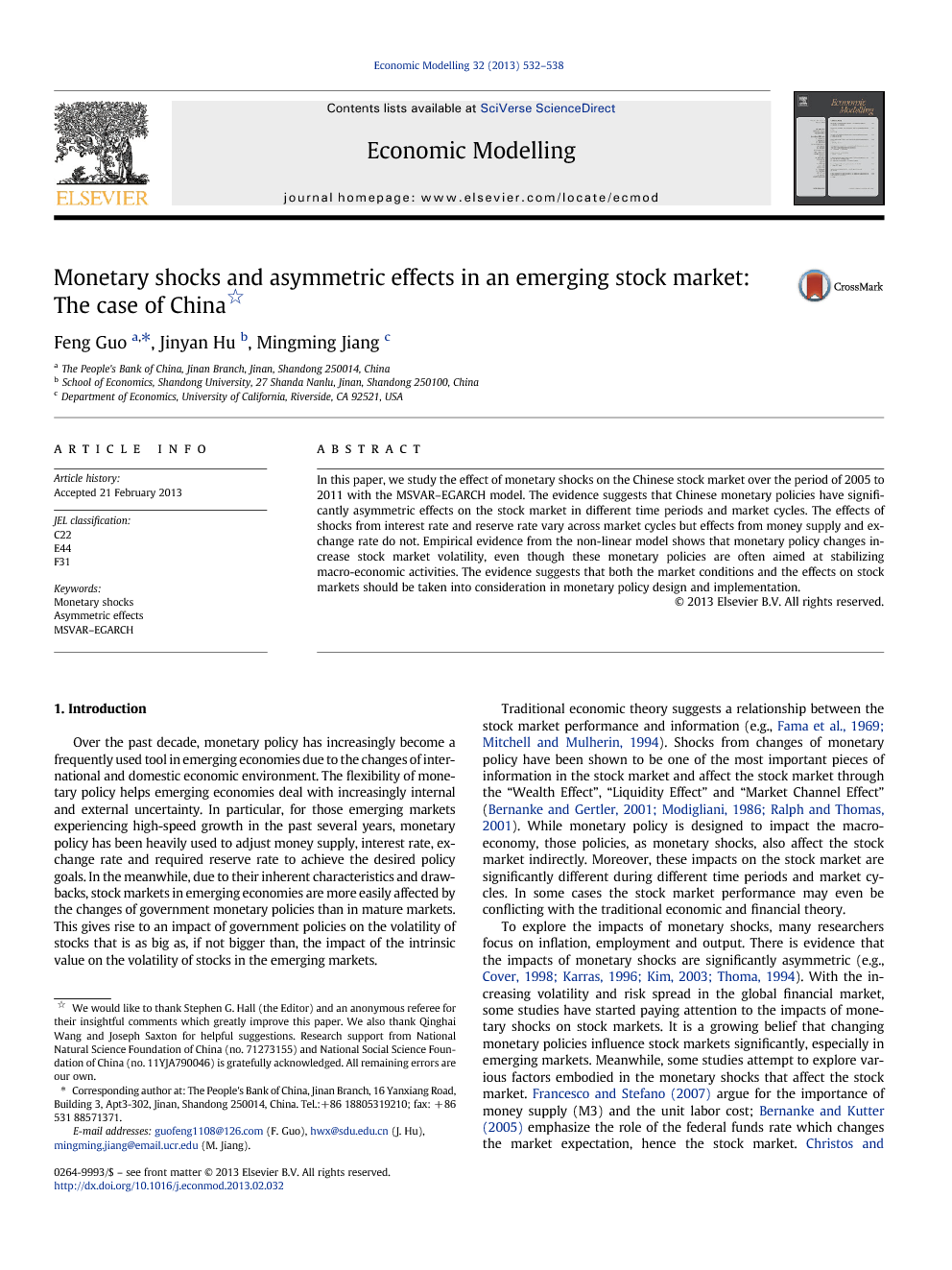 In this paper, we study the effect of monetary shocks on the Chinese stock market over the period of 2005 to 2011 with the MSVAR–EGARCH model. The evidence suggests that Chinese monetary policies have significantly asymmetric effects on the stock market in different time periods and market cycles. The effects of shocks from interest rate and reserve rate vary across market cycles but effects from money supply and exchange rate do not. Empirical evidence from the non-linear model shows that monetary policy changes increase stock market volatility, even though these monetary policies are often aimed at stabilizing macro-economic activities. The evidence suggests that both the market conditions and the effects on stock markets should be taken into consideration in monetary policy design and implementation.