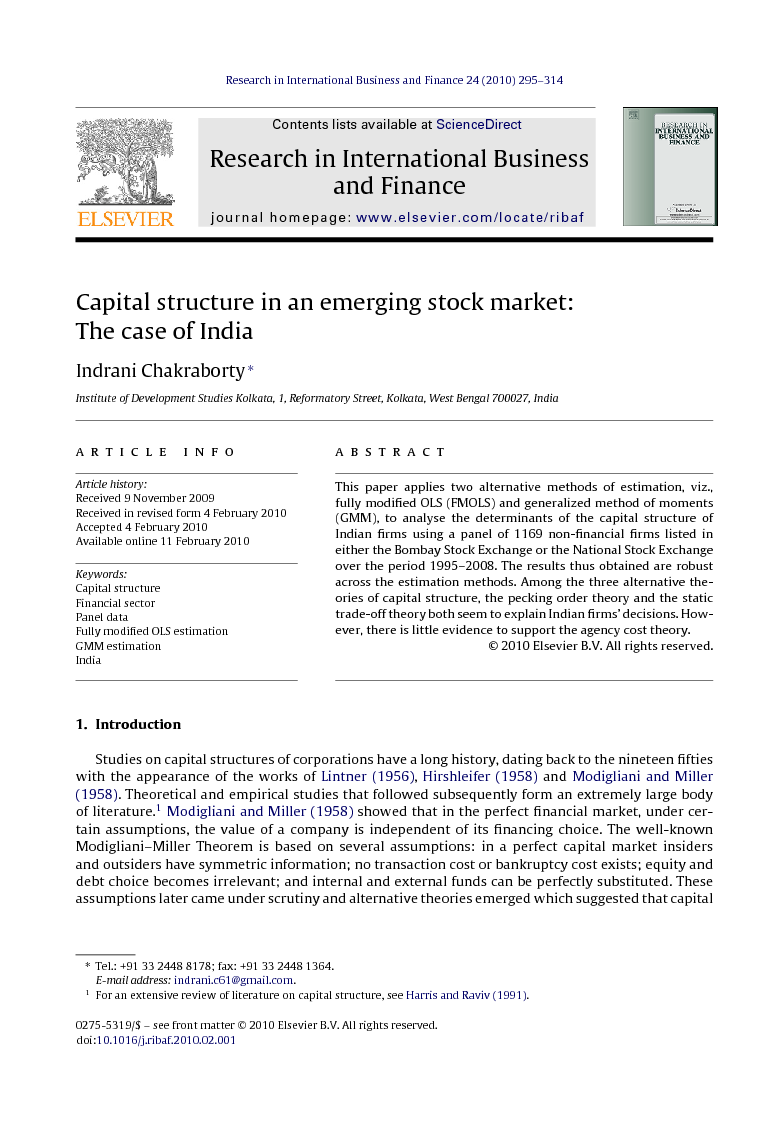 This paper applies two alternative methods of estimation, viz., fully modified OLS (FMOLS) and generalized method of moments (GMM), to analyse the determinants of the capital structure of Indian firms using a panel of 1169 non-financial firms listed in either the Bombay Stock Exchange or the National Stock Exchange over the period 1995–2008. The results thus obtained are robust across the estimation methods. Among the three alternative theories of capital structure, the pecking order theory and the static trade-off theory both seem to explain Indian firms’ decisions. However, there is little evidence to support the agency cost theory.