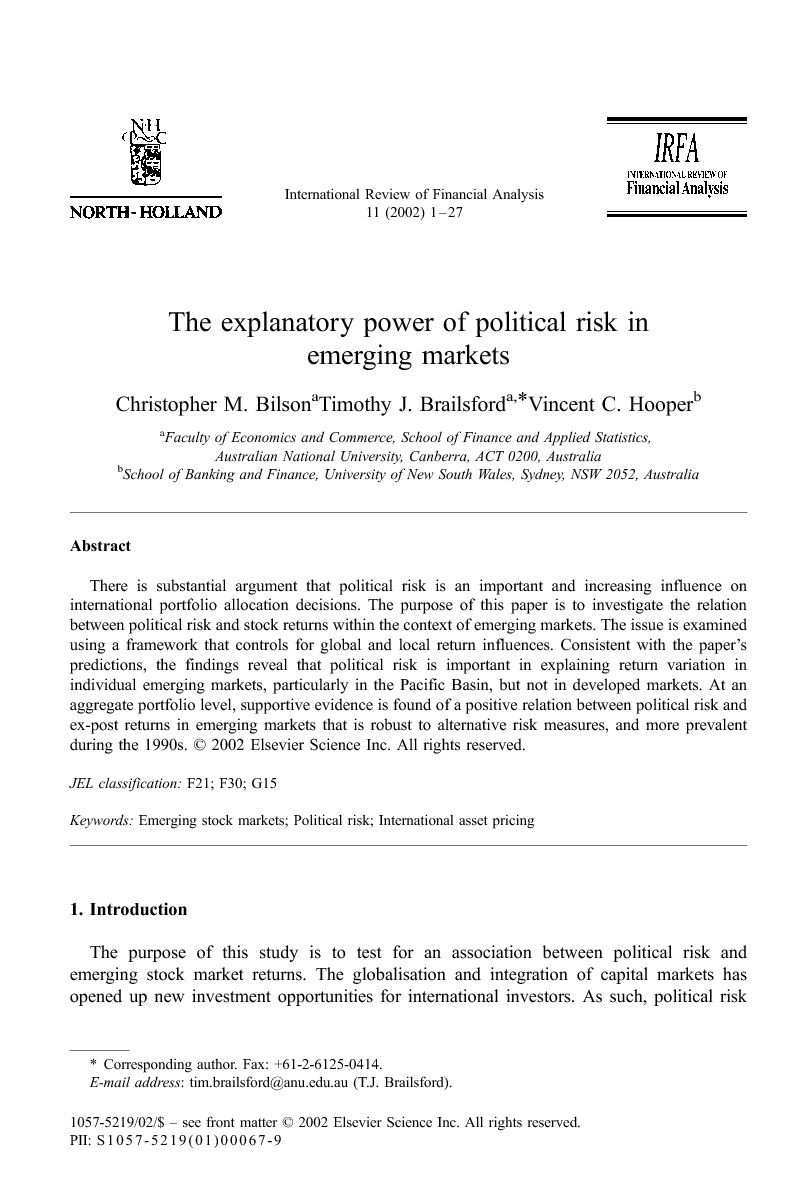 There is substantial argument that political risk is an important and increasing influence on international portfolio allocation decisions. The purpose of this paper is to investigate the relation between political risk and stock returns within the context of emerging markets. The issue is examined using a framework that controls for global and local return influences. Consistent with the paper's predictions, the findings reveal that political risk is important in explaining return variation in individual emerging markets, particularly in the Pacific Basin, but not in developed markets. At an aggregate portfolio level, supportive evidence is found of a positive relation between political risk and ex-post returns in emerging markets that is robust to alternative risk measures, and more prevalent during the 1990s.