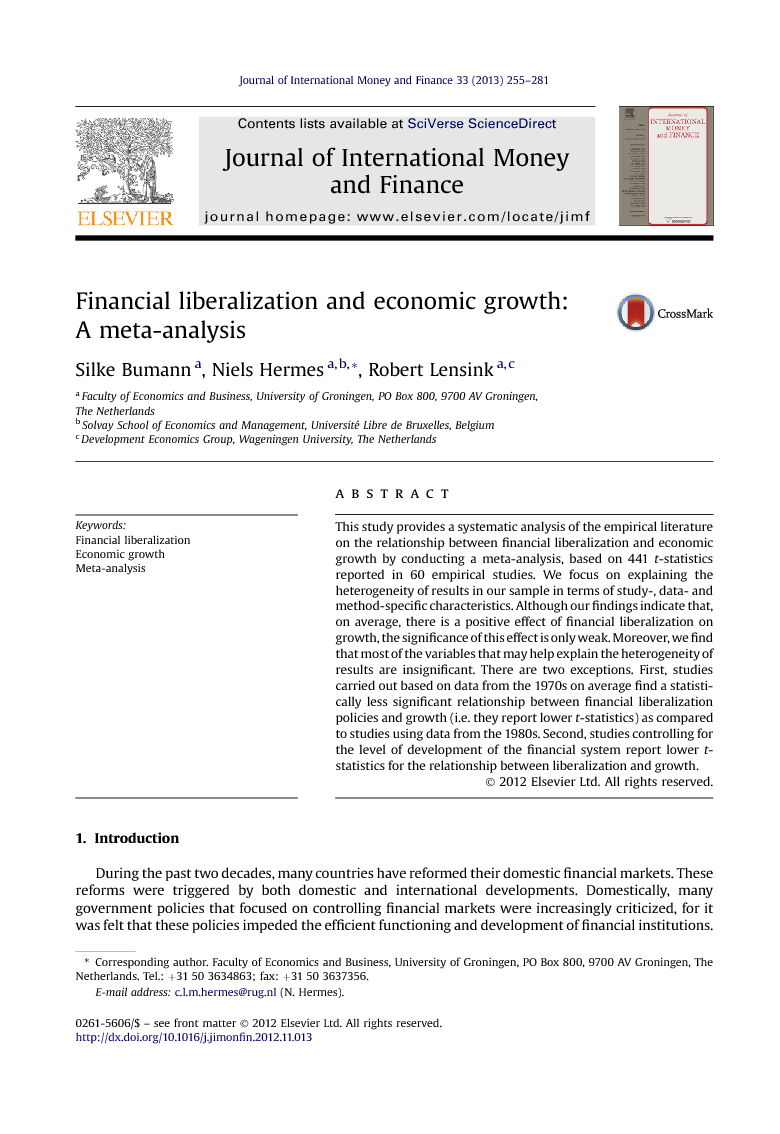 This study provides a systematic analysis of the empirical literature on the relationship between financial liberalization and economic growth by conducting a meta-analysis, based on 441 t-statistics reported in 60 empirical studies. We focus on explaining the heterogeneity of results in our sample in terms of study-, data- and method-specific characteristics. Although our findings indicate that, on average, there is a positive effect of financial liberalization on growth, the significance of this effect is only weak. Moreover, we find that most of the variables that may help explain the heterogeneity of results are insignificant. There are two exceptions. First, studies carried out based on data from the 1970s on average find a statistically less significant relationship between financial liberalization policies and growth (i.e. they report lower t-statistics) as compared to studies using data from the 1980s. Second, studies controlling for the level of development of the financial system report lower t-statistics for the relationship between liberalization and growth.