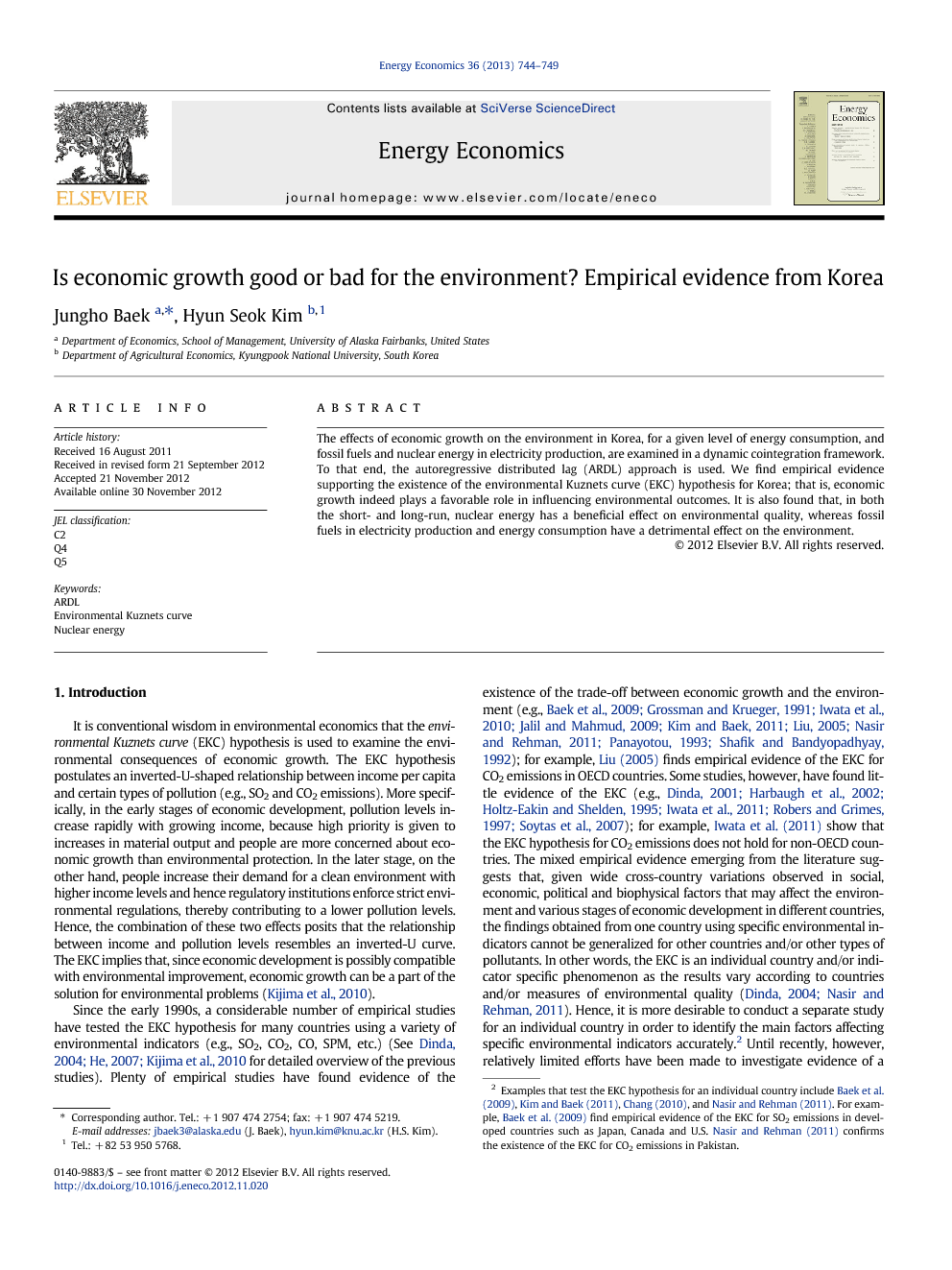 The effects of economic growth on the environment in Korea, for a given level of energy consumption, and fossil fuels and nuclear energy in electricity production, are examined in a dynamic cointegration framework. To that end, the autoregressive distributed lag (ARDL) approach is used. We find empirical evidence supporting the existence of the environmental Kuznets curve (EKC) hypothesis for Korea; that is, economic growth indeed plays a favorable role in influencing environmental outcomes. It is also found that, in both the short- and long-run, nuclear energy has a beneficial effect on environmental quality, whereas fossil fuels in electricity production and energy consumption have a detrimental effect on the environment.

In this paper, we empirically examine the validity of the environmental Kuznets curve (EKC) hypothesis for Korea. To address this issue adequately, we employ the more appropriate theoretical framework for representing the income-environment nexus — that is, taking into account the roles of energy consumption and electricity production. Hence, the empirical focus is on assessing the dynamic effects of income (measure by per capita GDP), energy consumption (measured by per capita energy use) and electricity production (measured by conventional thermal sources and nuclear power) on environment quality (measured by CO2 emissions) in a dynamic cointegration framework. For this purpose, we employ an autoregressive distributed lag (ARDL) approach to cointegration developed by Pesaran et al. (2001). Our empirical results support the existence of the EKC hypothesis for Korea; that is, environmental quality first deteriorates and then improves with per capita income. This finding further suggests that over the past four decades economic growth has had a favorable effect on the environment in Korea. We also find that electricity produced by conventional thermal sources (e.g., coal, natural gas and oil) and energy consumption have a detrimental effect on CO2 emissions in both short- and long-run. On the other hand, it is found that nuclear energy appears to have a beneficial effect on the environment in both the short- and long-run.