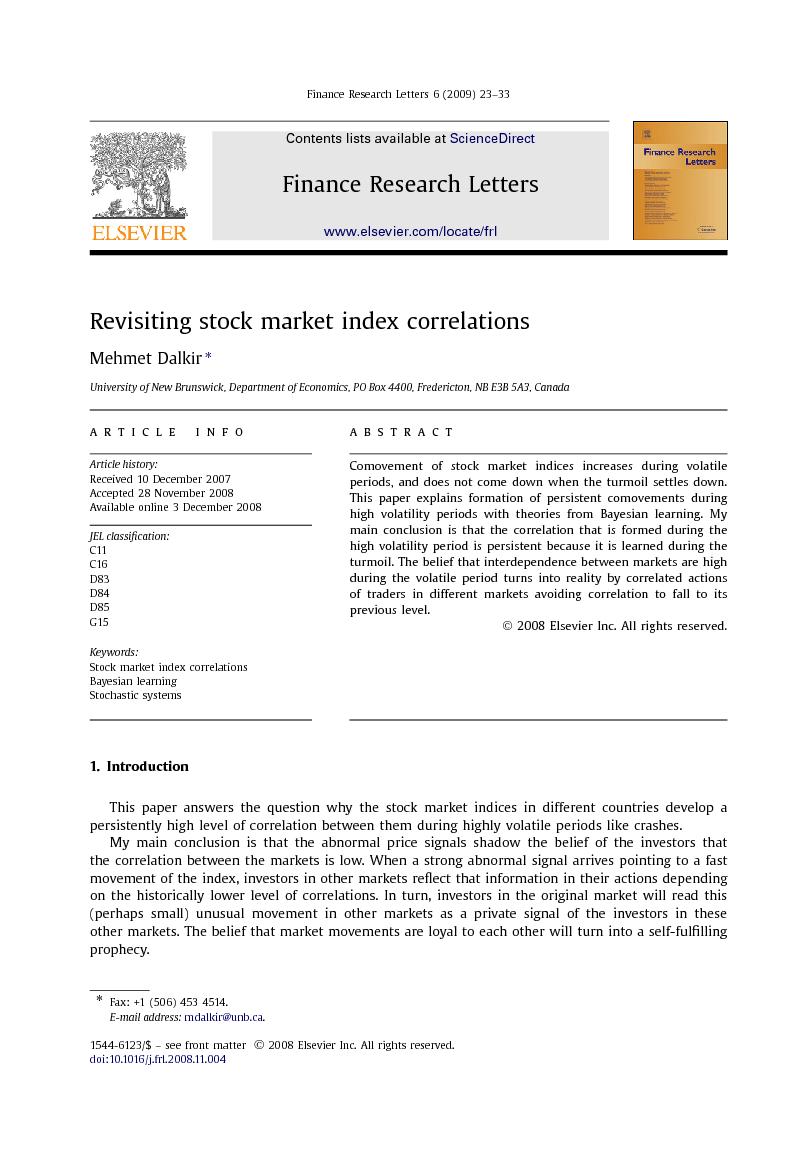 Comovement of stock market indices increases during volatile periods, and does not come down when the turmoil settles down. This paper explains formation of persistent comovements during high volatility periods with theories from Bayesian learning. My main conclusion is that the correlation that is formed during the high volatility period is persistent because it is learned during the turmoil. The belief that interdependence between markets are high during the volatile period turns into reality by correlated actions of traders in different markets avoiding correlation to fall to its previous level.

Stock market indices are observed to display a persistent and high correlation between them during and after high volatility periods. This paper states that the individuals in the stock market may not be aware that the high correlation between the indices is high because of a strong event, and the effect is only temporary. However, if the individuals believe that the stronger correlation is there to stay, that belief will turn into a self-fulfilling prophecy, and returning to the level of correlation before the strong event may not be momentarily. Our main conclusion is that the correlation between stock market indices does not go down after a crisis because it is learned during the crisis. This learned level of correlation has high precision, so there is little doubt that it is at a higher level because of a numerical discrepancy. The belief that market movements are loyal to each other turns into a self-fulfilling prophecy after the crisis. Traders follow other markets closely before making trading decisions. It is the belief that interdependence between markets are high during the high volatility period that avoids correlation to fall to its previous level after the major event. One policy implication to stop a contagious crash is to send frequent and accurate signals to the stock market investors on the profitability of the firms with stocks traded in a stock market. If the investors' trading policy depends on the intrinsic value of the stocks that are traded rather than the short run price fluctuations, price signals from other markets will be less effective.