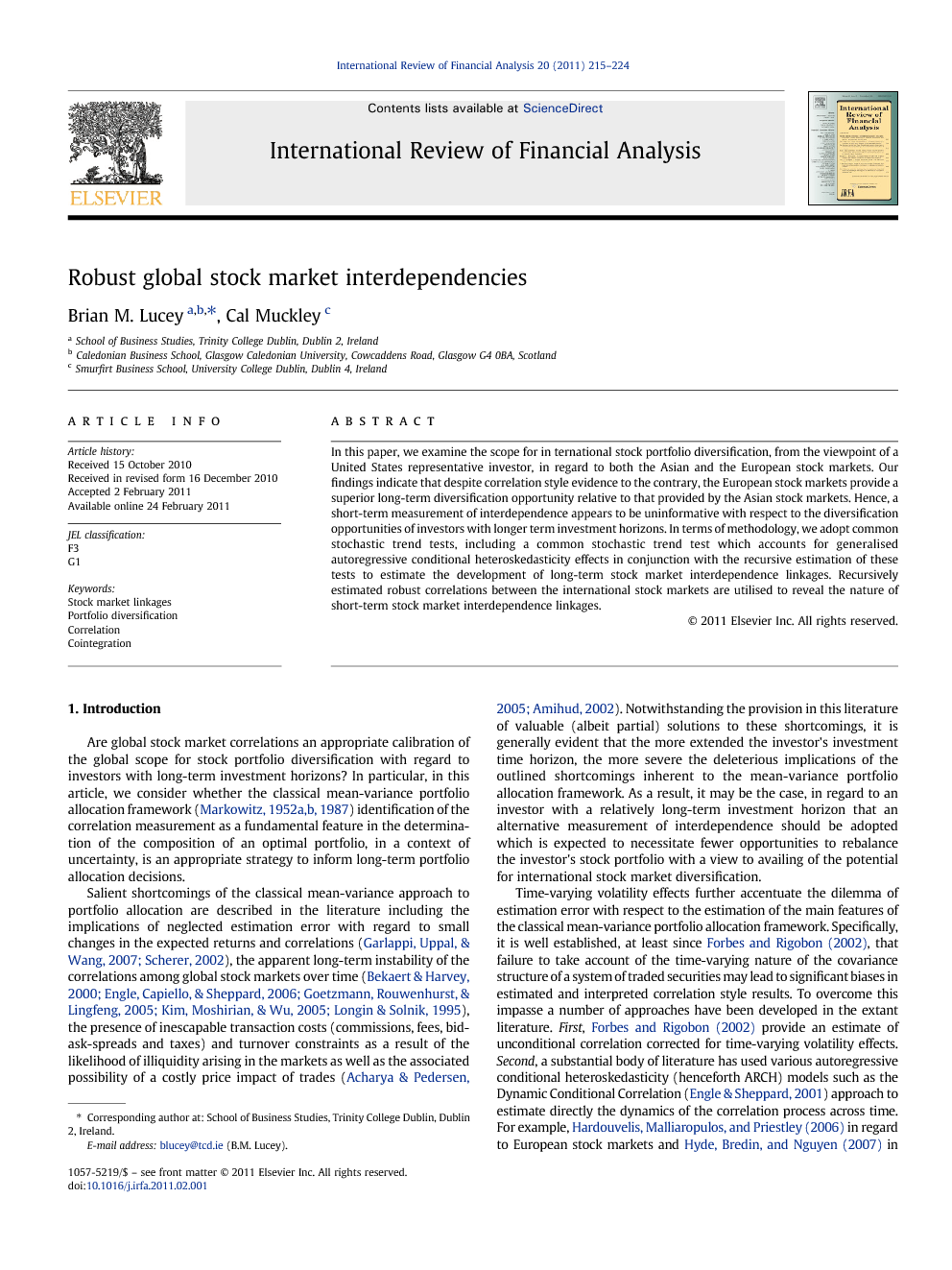 In this paper, we examine the scope for in ternational stock portfolio diversification, from the viewpoint of a United States representative investor, in regard to both the Asian and the European stock markets. Our findings indicate that despite correlation style evidence to the contrary, the European stock markets provide a superior long-term diversification opportunity relative to that provided by the Asian stock markets. Hence, a short-term measurement of interdependence appears to be uninformative with respect to the diversification opportunities of investors with longer term investment horizons. In terms of methodology, we adopt common stochastic trend tests, including a common stochastic trend test which accounts for generalised autoregressive conditional heteroskedasticity effects in conjunction with the recursive estimation of these tests to estimate the development of long-term stock market interdependence linkages. Recursively estimated robust correlations between the international stock markets are utilised to reveal the nature of short-term stock market interdependence linkages.