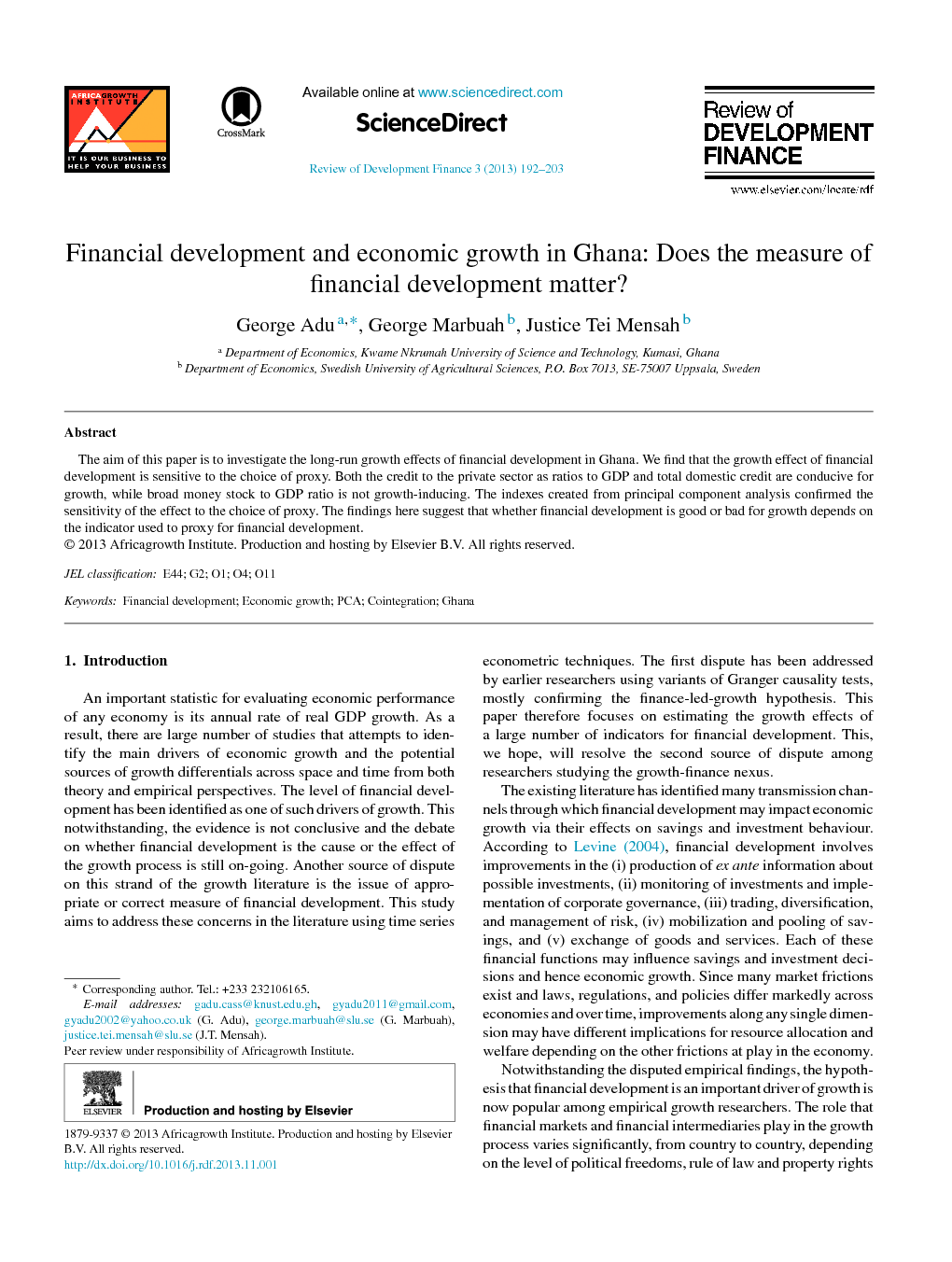 The aim of this paper is to investigate the long-run growth effects of financial development in Ghana. The analysis was based on eight alternative proxy indicators for financial development. Since all eight indicators cannot enter a single equation due to high correlation among them and small nature of our sample, we used principal component analysis to reduce the dimension of the measures of financial development from eight to four while retaining approximately 95% of the total variance in the data. The results indicate that the growth effect of financial development is sensitive to the choice of proxy used. For instance using either the private sector credit to GDP ratio or the private sector credit as a ratio to total credit, we found positive and statistically (and economically) significant effect of financial development on growth. However, same cannot be said when one uses broad money supply to GDP ratio to proxy for financial development as the coefficient on this variable was found to be significantly (both statistically and economically) negative. The indexes created from principal component analysis confirmed the sensitivity of the effect to the choice of proxy. This finding helps in understanding the conflicting results in the literature as many studies rely on single indicators hence unable to identify which financial sector variables have positive growth enhancing effects and which does not. Accounting for structural break in the model did not significantly change the results implying robustness of our estimates. Following from our key findings, we recommend caution in the choice of financial development indicators as policy instruments in the design and implementation of growth policies. On the basis of the evidence, policies that improve access to affordable credit by the private sector, including small and medium enterprises (SMEs), would spur the needed innovation, expansion in plant capacity in agriculture, industry and manufacturing to generate desired employment levels, household incomes and overall growth of the economy. Further, our results also indicate that expansionary fiscal and monetary policies resulting in excess money supply could be inimical to growth. Thus, any monetary expansion through say public sector emoluments must be accompanied by productivity improvement to generate the needed growth-enhancing effects on the economy. Finally, government should reduce macroeconomic uncertainty by taming inflation towards growth-enhancing targets while promoting policies to reduce high lending rates on credit.