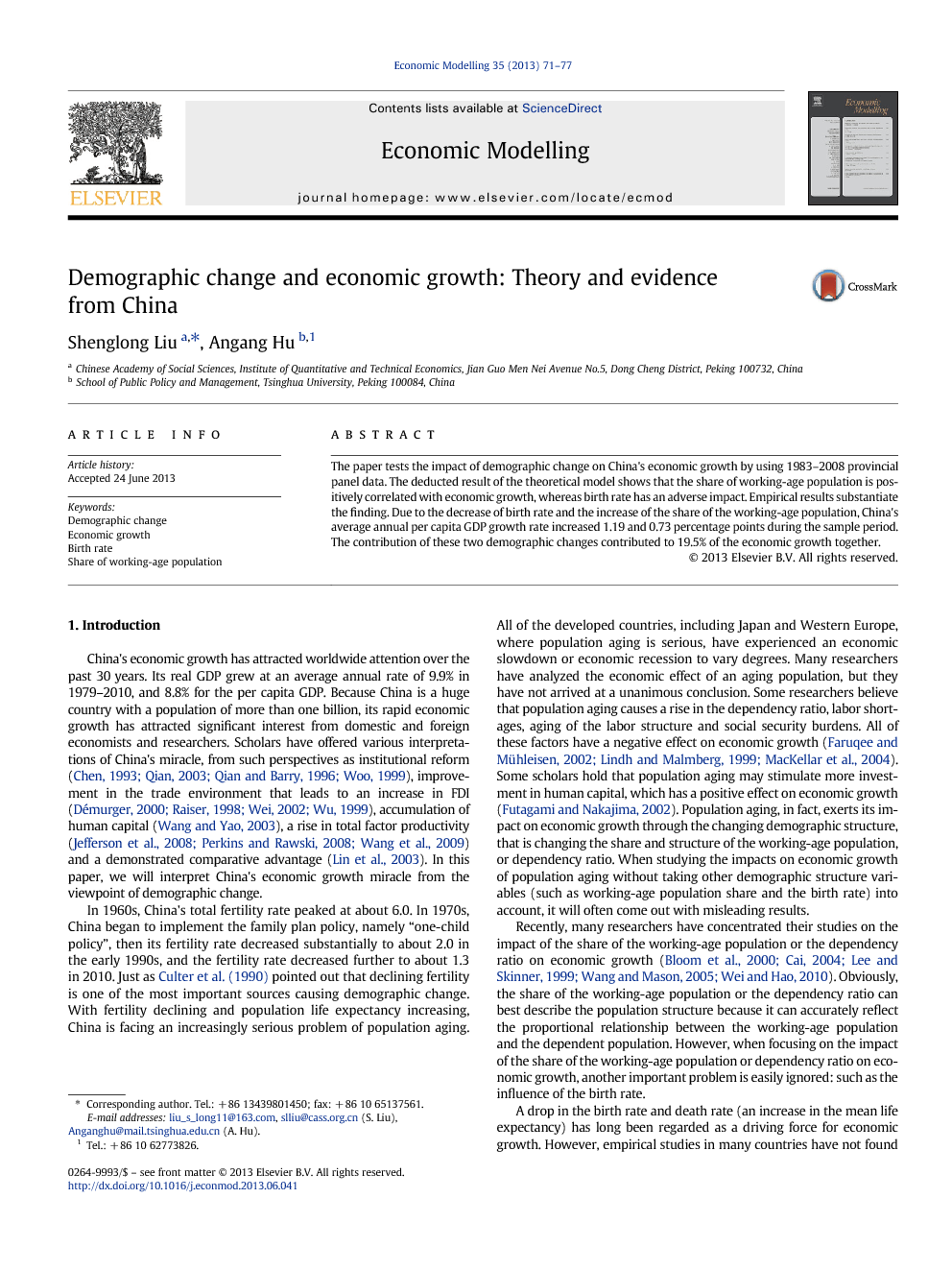 The paper tests the impact of demographic change on China's economic growth by using 1983–2008 provincial panel data. The deducted result of the theoretical model shows that the share of working-age population is positively correlated with economic growth, whereas birth rate has an adverse impact. Empirical results substantiate the finding. Due to the decrease of birth rate and the increase of the share of the working-age population, China's average annual per capita GDP growth rate increased 1.19 and 0.73 percentage points during the sample period. The contribution of these two demographic changes contributed to 19.5% of the economic growth together.