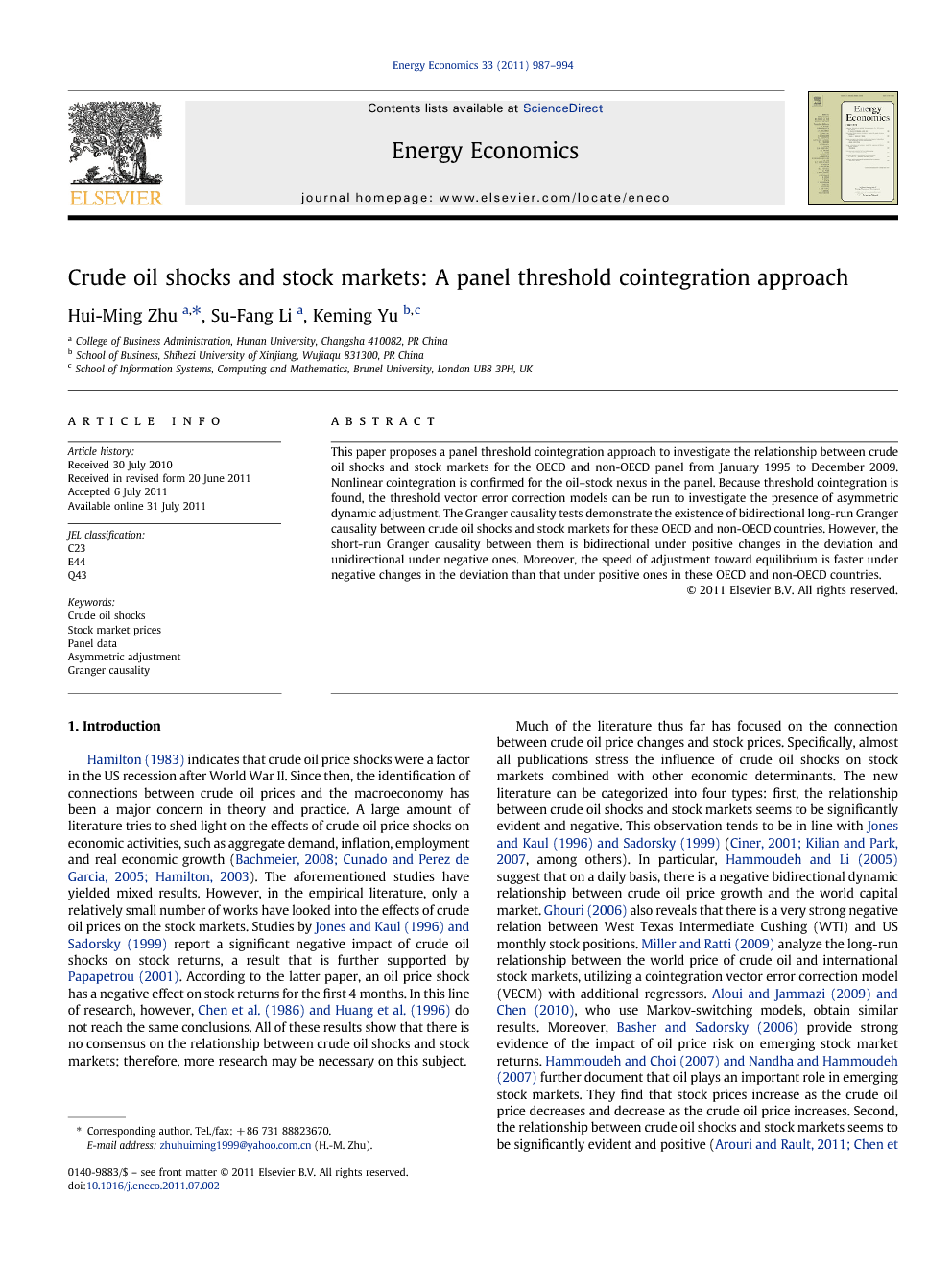 This paper proposes a panel threshold cointegration approach to investigate the relationship between crude oil shocks and stock markets for the OECD and non-OECD panel from January 1995 to December 2009. Nonlinear cointegration is confirmed for the oil–stock nexus in the panel. Because threshold cointegration is found, the threshold vector error correction models can be run to investigate the presence of asymmetric dynamic adjustment. The Granger causality tests demonstrate the existence of bidirectional long-run Granger causality between crude oil shocks and stock markets for these OECD and non-OECD countries. However, the short-run Granger causality between them is bidirectional under positive changes in the deviation and unidirectional under negative ones. Moreover, the speed of adjustment toward equilibrium is faster under negative changes in the deviation than that under positive ones in these OECD and non-OECD countries.