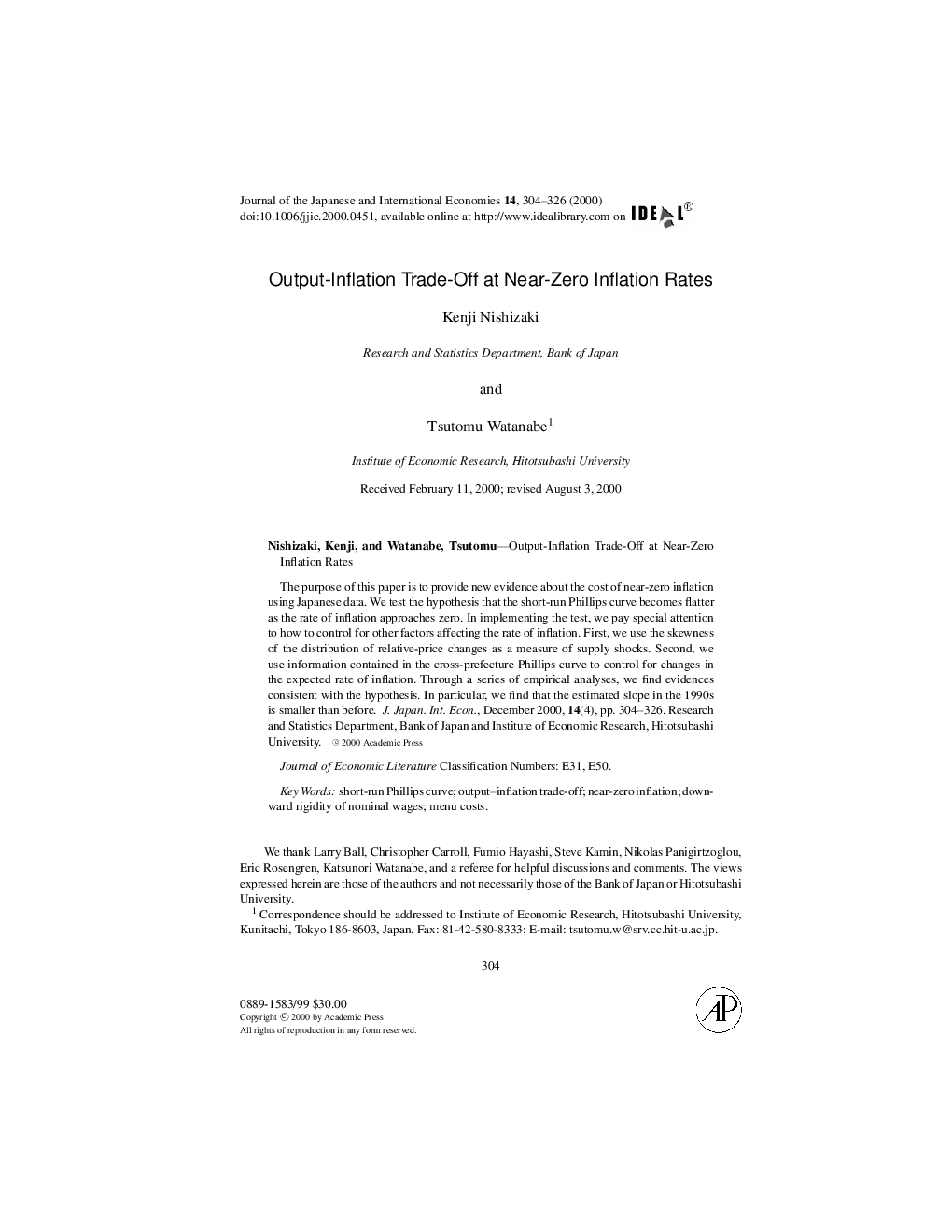 The purpose of this paper is to provide new evidence about the cost of near-zero inflation using Japanese data. We test the hypothesis that the short-run Phillips curve becomes flatter as the rate of inflation approaches zero. In implementing the test, we pay special attention to how to control for other factors affecting the rate of inflation. First, we use the skewness of the distribution of relative-price changes as a measure of supply shocks. Second, we use information contained in the cross-prefecture Phillips curve to control for changes in the expected rate of inflation. Through a series of empirical analyses, we find evidences consistent with the hypothesis. In particular, we find that the estimated slope in the 1990s is smaller than before. J. Japan. Int. Econ., December 2000, 14(4), pp. 304–326. Research and Statistics Department, Bank of Japan and Institute of Economic Research, Hitotsubashi University. Copyright 2000 Academic Press.