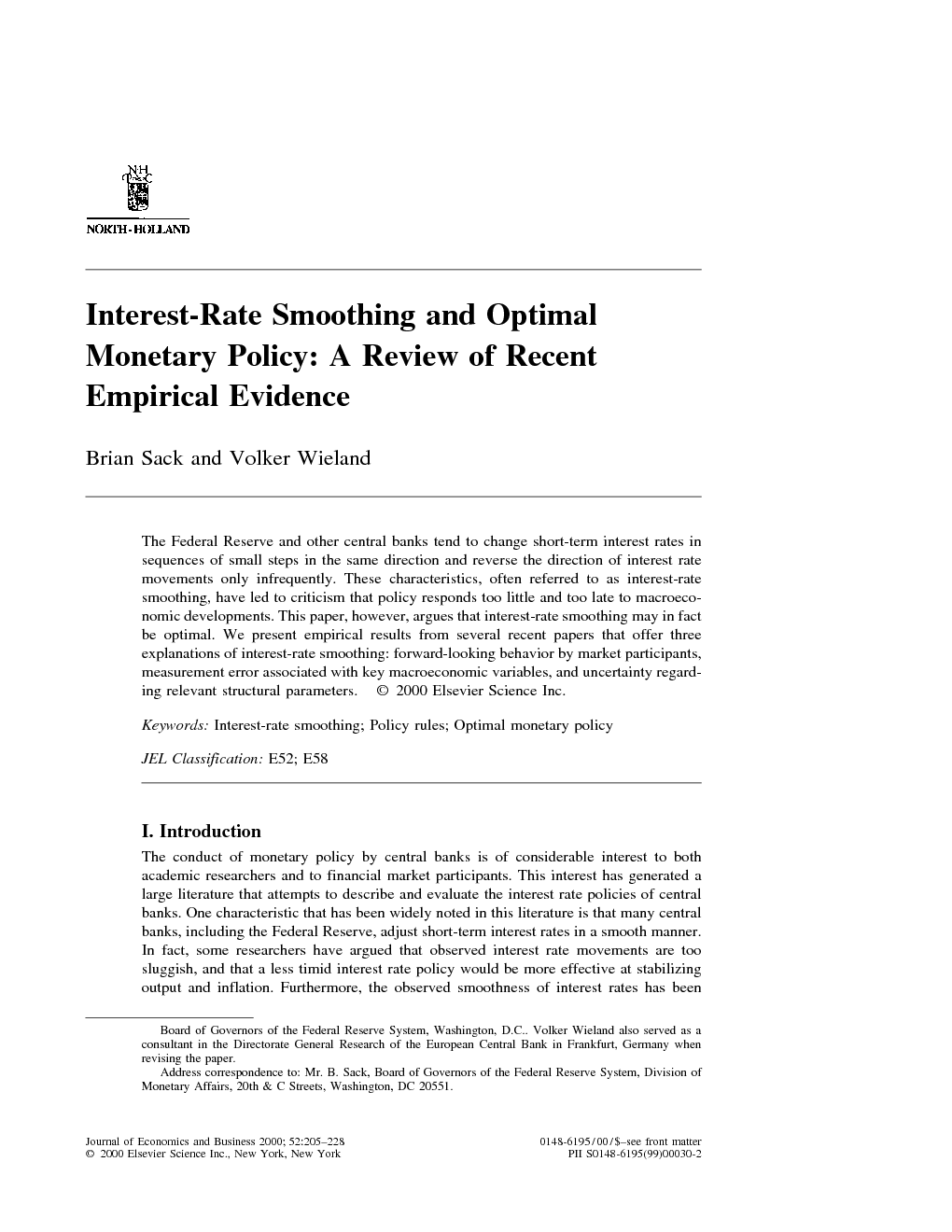 The Federal Reserve and other central banks tend to change short-term interest rates in sequences of small steps in the same direction and reverse the direction of interest rate movements only infrequently. These characteristics, often referred to as interest-rate smoothing, have led to criticism that policy responds too little and too late to macroeconomic developments. This paper, however, argues that interest-rate smoothing may in fact be optimal. We present empirical results from several recent papers that offer three explanations of interest-rate smoothing: forward-looking behavior by market participants, measurement error associated with key macroeconomic variables, and uncertainty regarding relevant structural parameters.