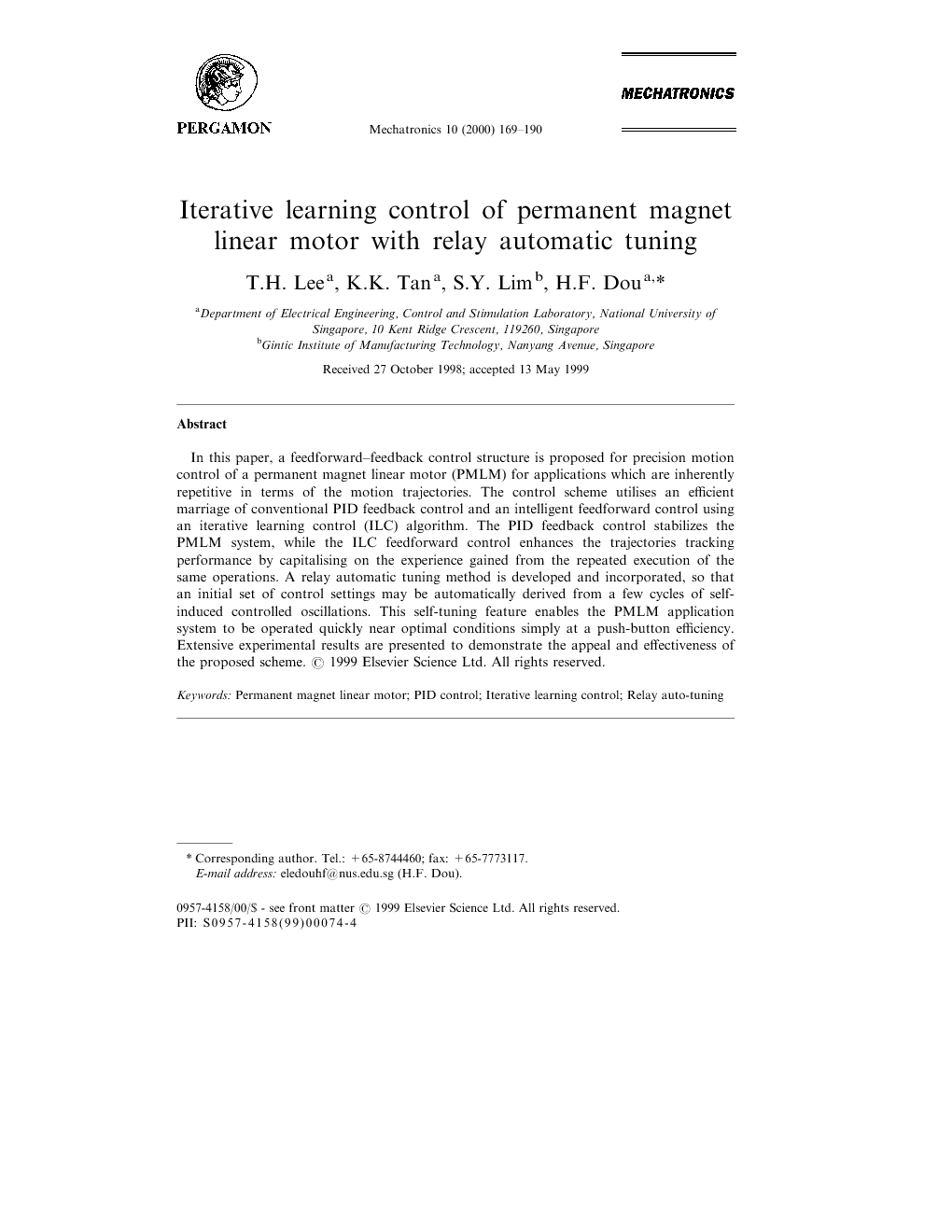 In this paper, a feedforward–feedback control structure is proposed for precision motion control of a permanent magnet linear motor (PMLM) for applications which are inherently repetitive in terms of the motion trajectories. The control scheme utilises an efficient marriage of conventional PID feedback control and an intelligent feedforward control using an iterative learning control (ILC) algorithm. The PID feedback control stabilizes the PMLM system, while the ILC feedforward control enhances the trajectories tracking performance by capitalising on the experience gained from the repeated execution of the same operations. A relay automatic tuning method is developed and incorporated, so that an initial set of control settings may be automatically derived from a few cycles of self-induced controlled oscillations. This self-tuning feature enables the PMLM application system to be operated quickly near optimal conditions simply at a push-button efficiency. Extensive experimental results are presented to demonstrate the appeal and effectiveness of the proposed scheme.

A new control structure has been proposed and developed for precision motion control of PMLM. It comprises of a PID feedback control and an intelligent learning feedforward control to enhance the performance achieved from feedback control alone. Relay auto-tuning of these controllers is further incorporated to enhance the application of the method. Extensive simulation and experimental results demonstrated the appeal and effectiveness of the proposed control system.