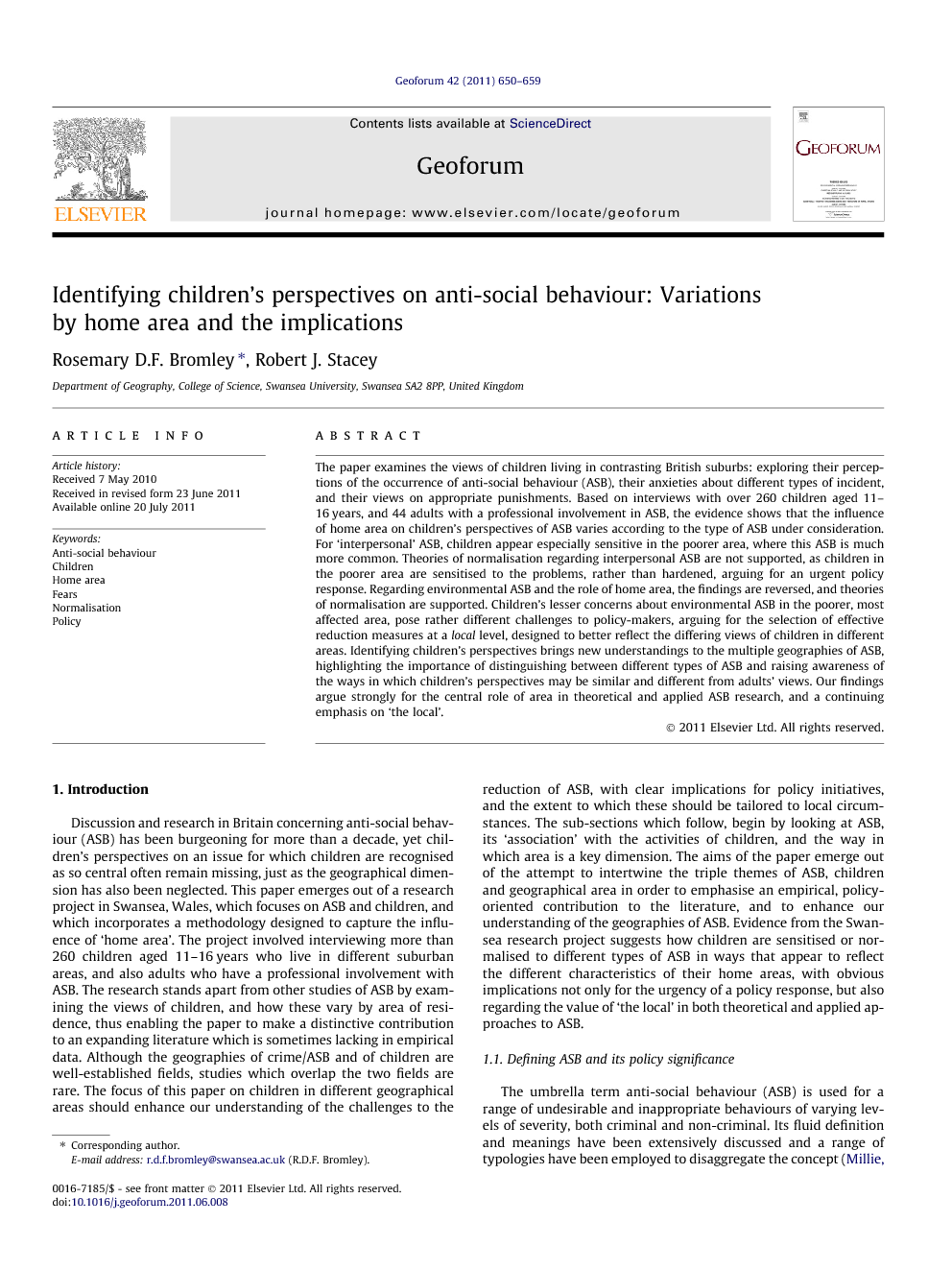 The paper examines the views of children living in contrasting British suburbs: exploring their perceptions of the occurrence of anti-social behaviour (ASB), their anxieties about different types of incident, and their views on appropriate punishments. Based on interviews with over 260 children aged 11–16 years, and 44 adults with a professional involvement in ASB, the evidence shows that the influence of home area on children’s perspectives of ASB varies according to the type of ASB under consideration. For ‘interpersonal’ ASB, children appear especially sensitive in the poorer area, where this ASB is much more common. Theories of normalisation regarding interpersonal ASB are not supported, as children in the poorer area are sensitised to the problems, rather than hardened, arguing for an urgent policy response. Regarding environmental ASB and the role of home area, the findings are reversed, and theories of normalisation are supported. Children’s lesser concerns about environmental ASB in the poorer, most affected area, pose rather different challenges to policy-makers, arguing for the selection of effective reduction measures at a local level, designed to better reflect the differing views of children in different areas. Identifying children’s perspectives brings new understandings to the multiple geographies of ASB, highlighting the importance of distinguishing between different types of ASB and raising awareness of the ways in which children’s perspectives may be similar and different from adults’ views. Our findings argue strongly for the central role of area in theoretical and applied ASB research, and a continuing emphasis on ‘the local’.