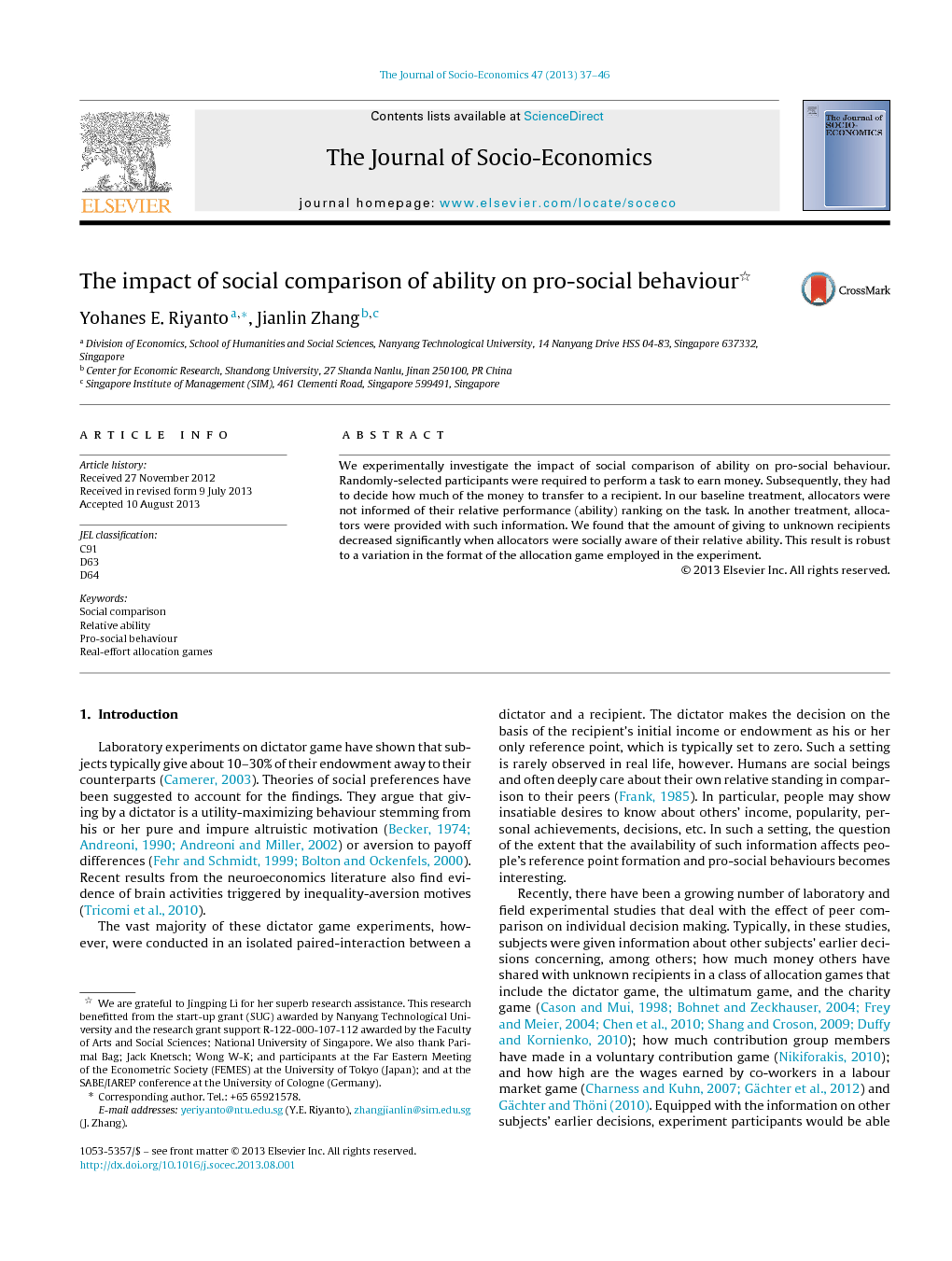 We experimentally investigate the impact of social comparison of ability on pro-social behaviour. Randomly-selected participants were required to perform a task to earn money. Subsequently, they had to decide how much of the money to transfer to a recipient. In our baseline treatment, allocators were not informed of their relative performance (ability) ranking on the task. In another treatment, allocators were provided with such information. We found that the amount of giving to unknown recipients decreased significantly when allocators were socially aware of their relative ability. This result is robust to a variation in the format of the allocation game employed in the experiment.