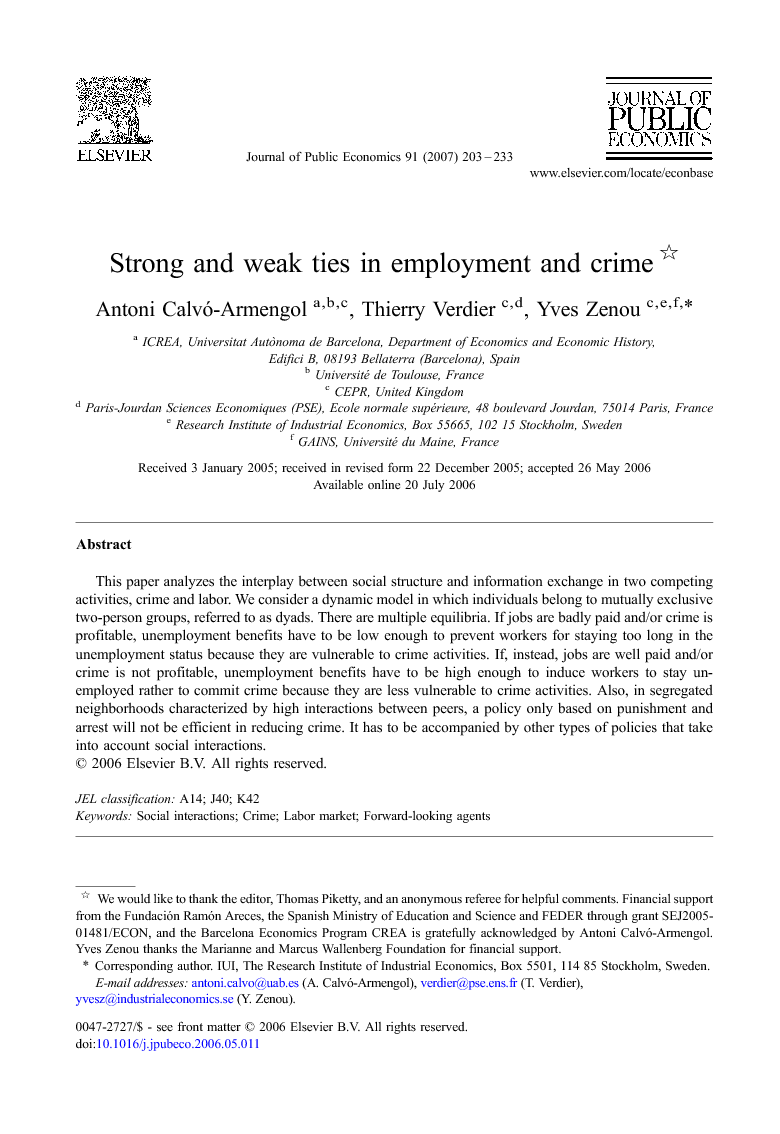 This paper analyzes the interplay between social structure and information exchange in two competing activities, crime and labor. We consider a dynamic model in which individuals belong to mutually exclusive two-person groups, referred to as dyads. There are multiple equilibria. If jobs are badly paid and/or crime is profitable, unemployment benefits have to be low enough to prevent workers for staying too long in the unemployment status because they are vulnerable to crime activities. If, instead, jobs are well paid and/or crime is not profitable, unemployment benefits have to be high enough to induce workers to stay unemployed rather to commit crime because they are less vulnerable to crime activities. Also, in segregated neighborhoods characterized by high interactions between peers, a policy only based on punishment and arrest will not be efficient in reducing crime. It has to be accompanied by other types of policies that take into account social interactions.