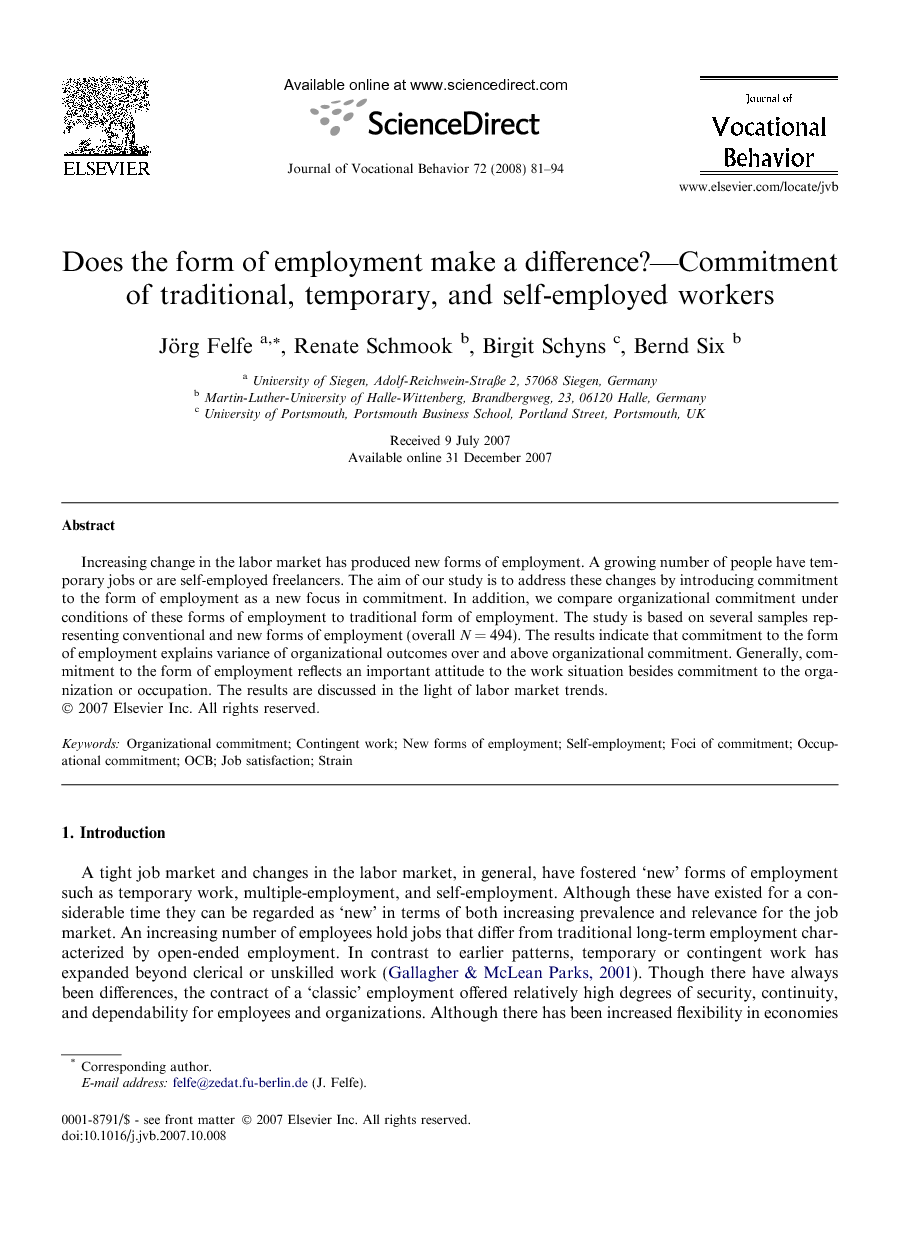 A tight job market and changes in the labor market, in general, have fostered ‘new’ forms of employment such as temporary work, multiple-employment, and self-employment. Although these have existed for a considerable time they can be regarded as ‘new’ in terms of both increasing prevalence and relevance for the job market. An increasing number of employees hold jobs that differ from traditional long-term employment characterized by open-ended employment. In contrast to earlier patterns, temporary or contingent work has expanded beyond clerical or unskilled work (Gallagher & McLean Parks, 2001). Though there have always been differences, the contract of a ‘classic’ employment offered relatively high degrees of security, continuity, and dependability for employees and organizations. Although there has been increased flexibility in economies such as USA, in others, for example Germany, legal regulations have protected the unlimited classic employment. While there are some studies that focus on organizational commitment of temporary workers (e.g., Connelly et al., 2007, Coyle-Shapiro and Kessler, 2002, Coyle-Shapiro and Morrow, 2006, Guest, 2004 and Sverke et al., 1999), only a few reflect on the commitment to new forms of employment (Torka, 2004). Thus, the level of commitment in other but classic forms of employment remains unclear. Gallagher and McLean Parks (2001, p. 204) state, “that the growth of ‘contingent’ or ‘alternative’ forms of work relationships highlights the need for researchers to examine work-related commitments outside of the traditional employer-employee framework.” Thus, the aim of this study is to contribute to the body of research of commitment by trying to close this gap. Our study has two aims: First, we want to examine whether commitment to the form of employment is able to explain outcome variables over and above organizational and occupational commitment. Second, we compare the patterns of commitment in new forms of employment (temporary work, self-employed freelancers) to the patterns of classic employees (i.e., permanent, full-time contracts).