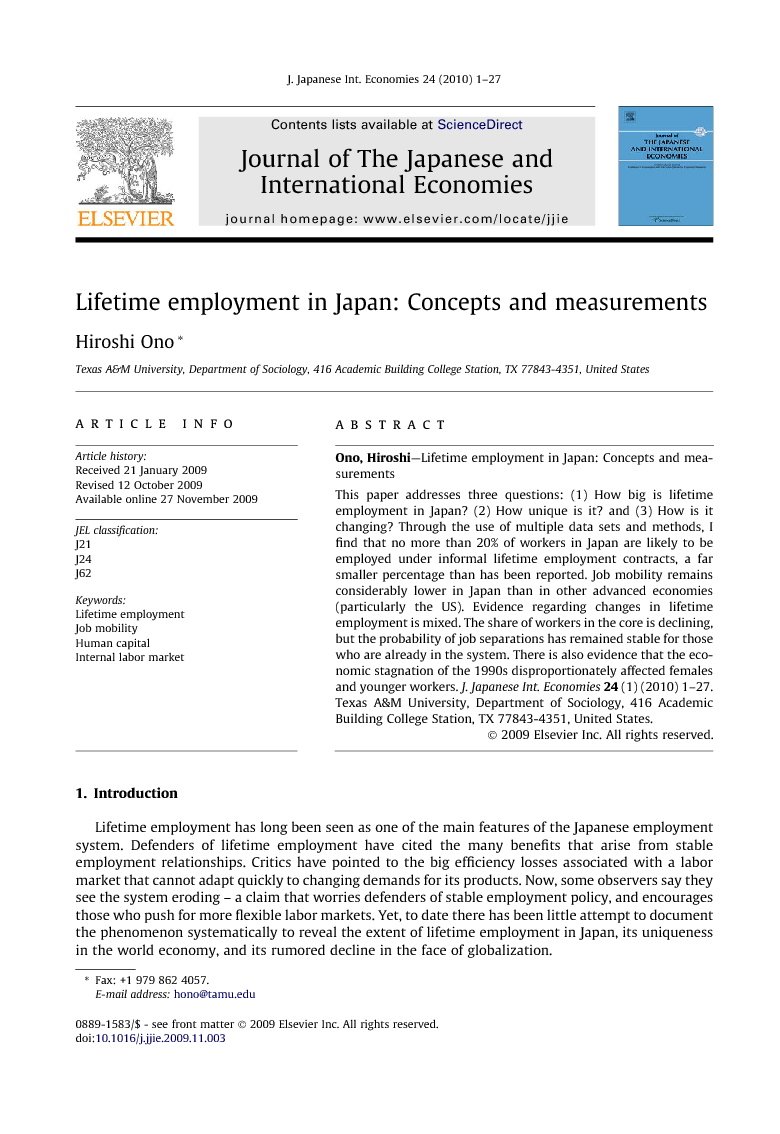 This paper addresses three questions: (1) How big is lifetime employment in Japan? (2) How unique is it? and (3) How is it changing? Through the use of multiple data sets and methods, I find that no more than 20% of workers in Japan are likely to be employed under informal lifetime employment contracts, a far smaller percentage than has been reported. Job mobility remains considerably lower in Japan than in other advanced economies (particularly the US). Evidence regarding changes in lifetime employment is mixed. The share of workers in the core is declining, but the probability of job separations has remained stable for those who are already in the system. There is also evidence that the economic stagnation of the 1990s disproportionately affected females and younger workers.