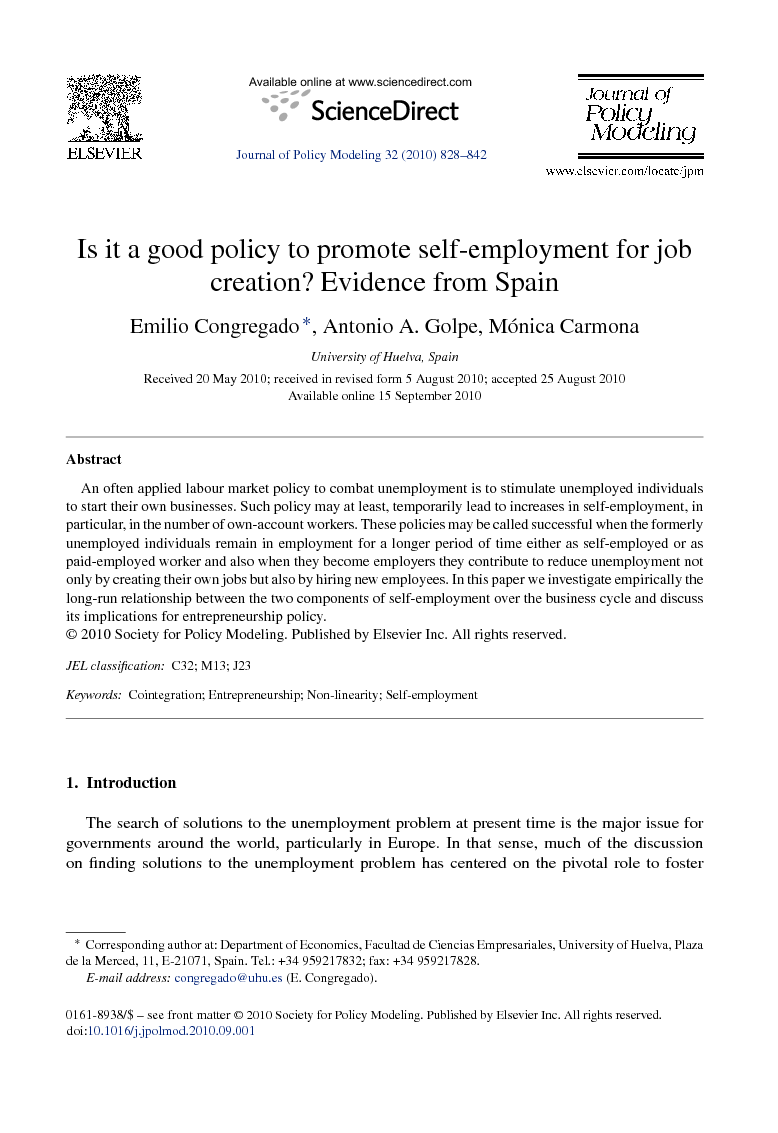 An often applied labour market policy to combat unemployment is to stimulate unemployed individuals to start their own businesses. Such policy may at least, temporarily lead to increases in self-employment, in particular, in the number of own-account workers. These policies may be called successful when the formerly unemployed individuals remain in employment for a longer period of time either as self-employed or as paid-employed worker and also when they become employers they contribute to reduce unemployment not only by creating their own jobs but also by hiring new employees. In this paper we investigate empirically the long-run relationship between the two components of self-employment over the business cycle and discuss its implications for entrepreneurship policy.