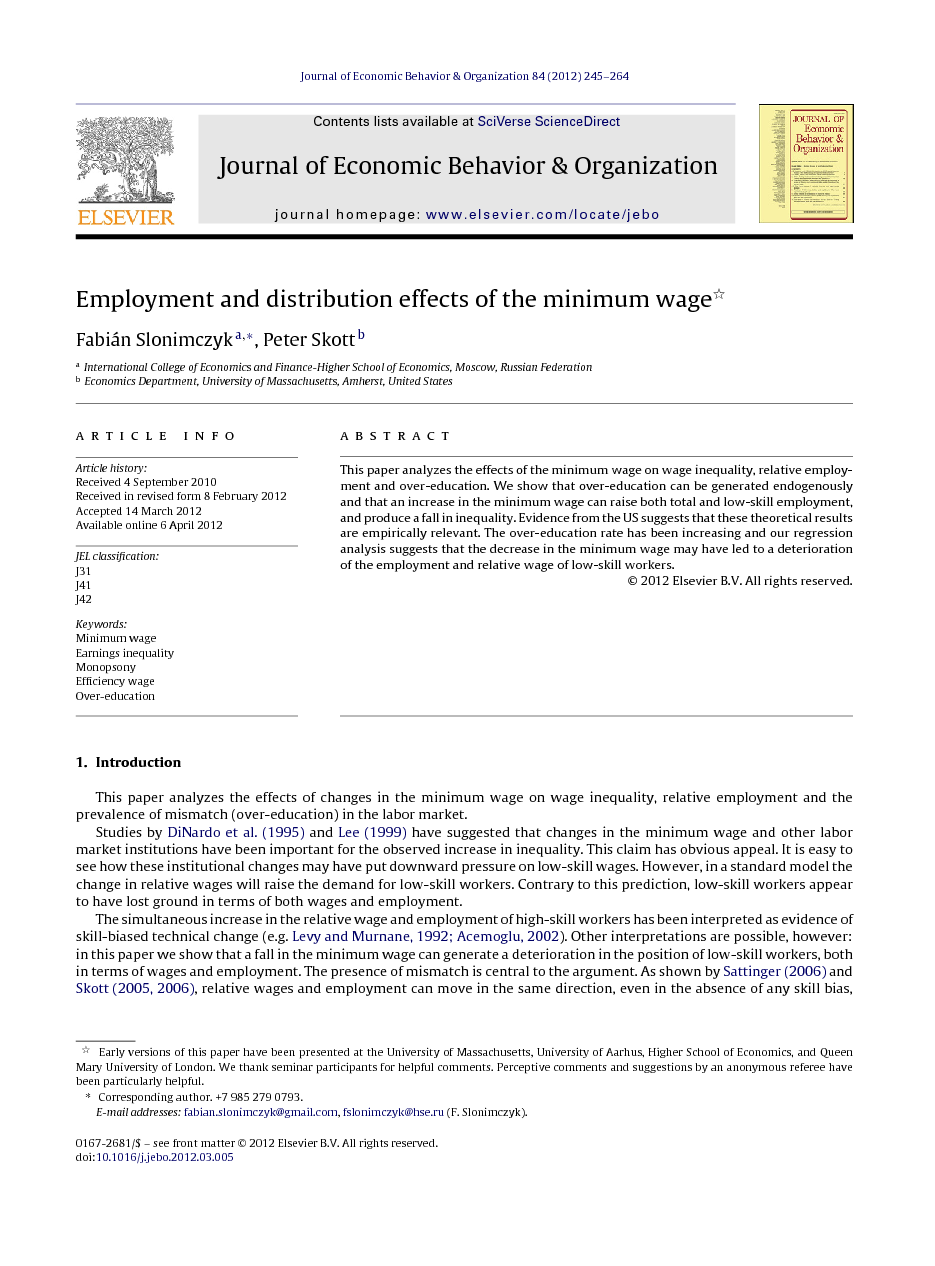 The theoretical model in this paper is highly stylized and clearly tells – at best – a small part of the story behind increasing inequality. Several results, however, stand out and may play a role in a more elaborate account of the observed changes. We have shown that if firms prefer to fill low-tech jobs with low-skill workers rather than with over-educated high-skill workers then ‘aggregate monopsonistic elements’ arise naturally in a model with mismatch. These monopsonistic elements imply that a fall in the minimum wage can have adverse effects on aggregate employment as well as on the degree of mismatch and the rate of underemployment of high-skill workers. A fall in the minimum wage can produce a rise in both within and between group inequality and low-skill workers may suffer a double blow of declining employment and wages. The evidence reported in Section 4 suggest that these theoretical results may be empirically relevant. There is strong evidence of mismatch in the labor market, and the degree of mismatch has been increasing, especially in the 1970s and 1980s. Moreover, the monopsonistic implications of the theoretical model are supported by US data for 1979–2002. Our regressions suggest that the fall in the minimum wage led to a deterioration of the employment and relative wage of low-skill workers and an increase in the underemployment of high-skill workers.