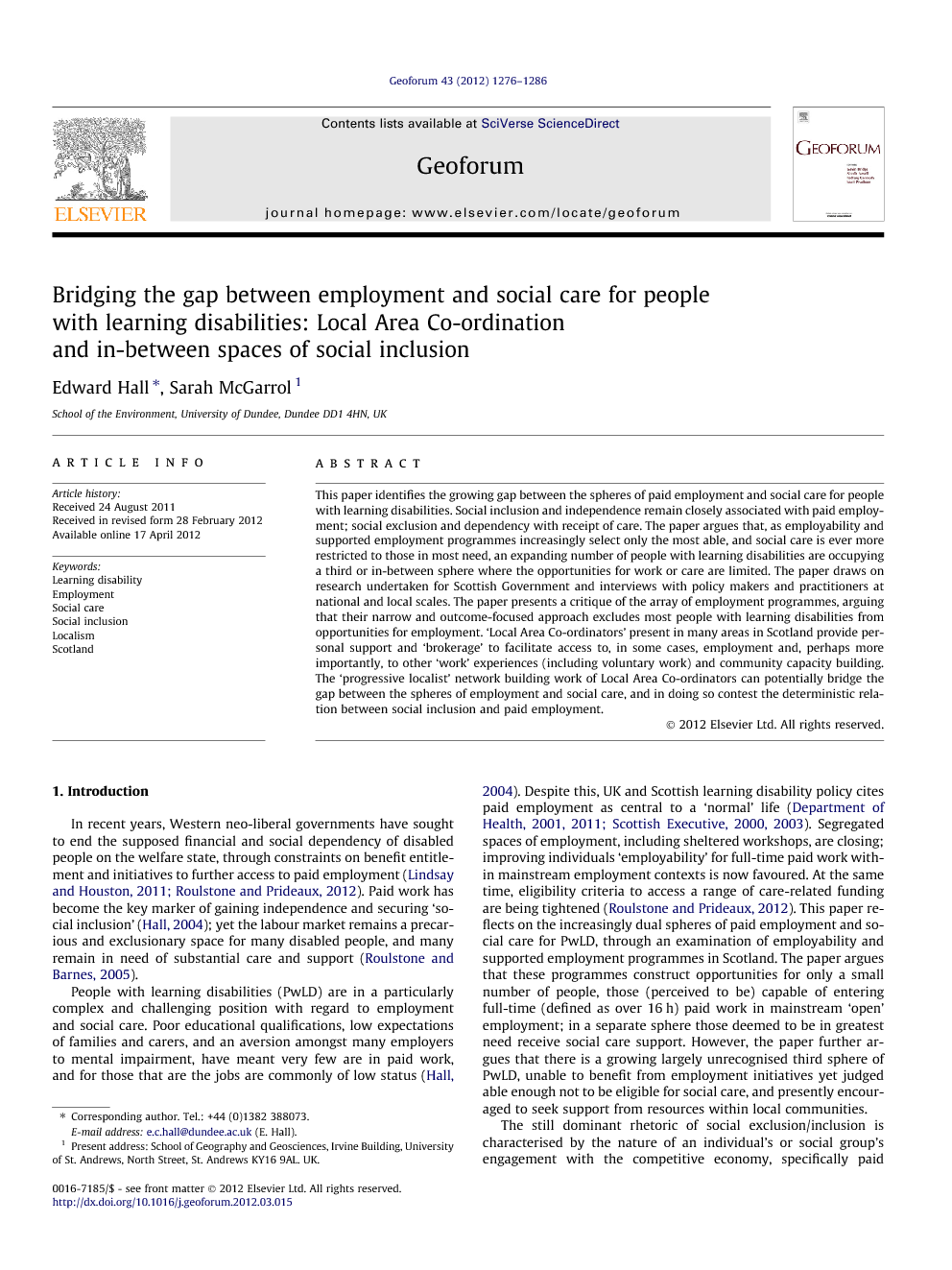 This paper identifies the growing gap between the spheres of paid employment and social care for people with learning disabilities. Social inclusion and independence remain closely associated with paid employment; social exclusion and dependency with receipt of care. The paper argues that, as employability and supported employment programmes increasingly select only the most able, and social care is ever more restricted to those in most need, an expanding number of people with learning disabilities are occupying a third or in-between sphere where the opportunities for work or care are limited. The paper draws on research undertaken for Scottish Government and interviews with policy makers and practitioners at national and local scales. The paper presents a critique of the array of employment programmes, arguing that their narrow and outcome-focused approach excludes most people with learning disabilities from opportunities for employment. ‘Local Area Co-ordinators’ present in many areas in Scotland provide personal support and ‘brokerage’ to facilitate access to, in some cases, employment and, perhaps more importantly, to other ‘work’ experiences (including voluntary work) and community capacity building. The ‘progressive localist’ network building work of Local Area Co-ordinators can potentially bridge the gap between the spheres of employment and social care, and in doing so contest the deterministic relation between social inclusion and paid employment.