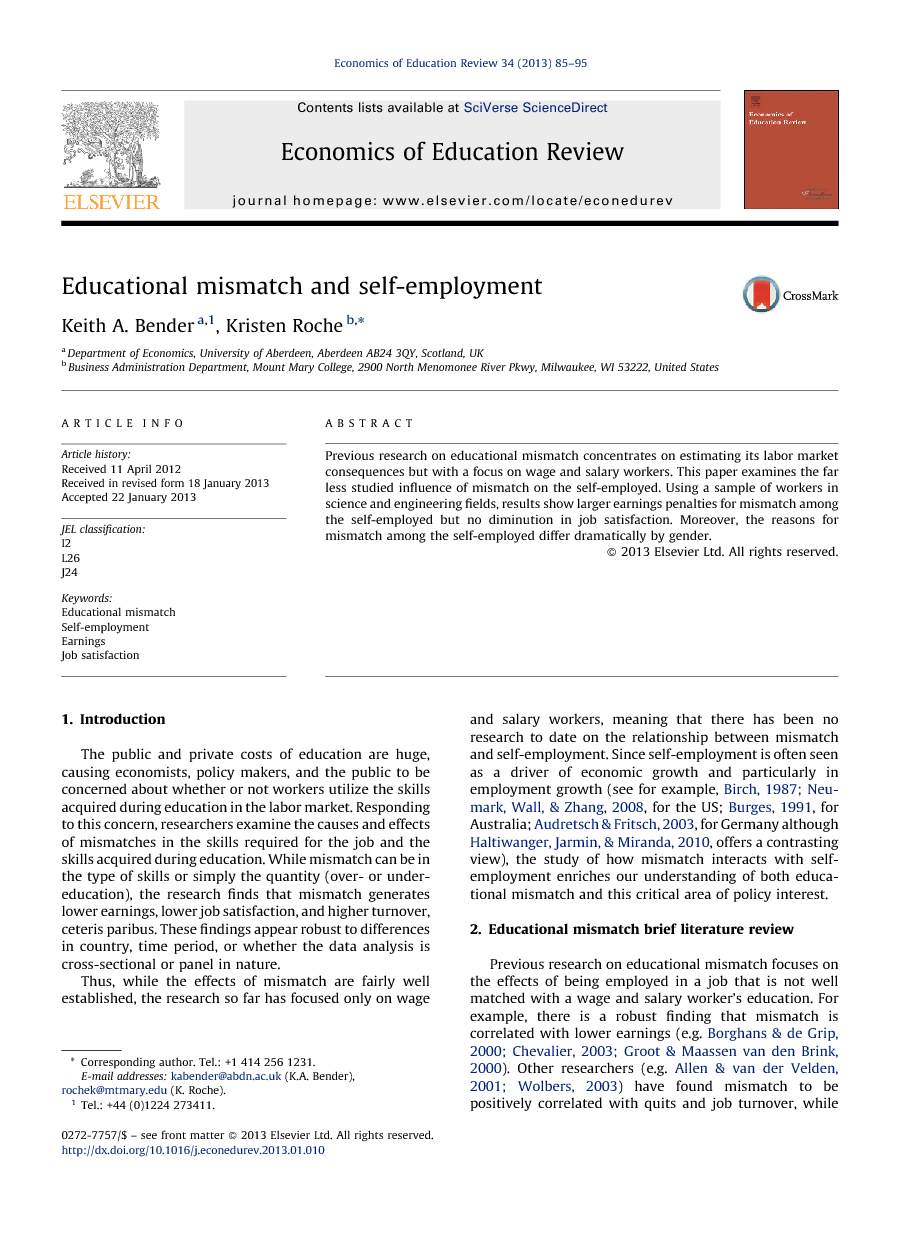 The public and private costs of education are huge, causing economists, policy makers, and the public to be concerned about whether or not workers utilize the skills acquired during education in the labor market. Responding to this concern, researchers examine the causes and effects of mismatches in the skills required for the job and the skills acquired during education. While mismatch can be in the type of skills or simply the quantity (over- or under-education), the research finds that mismatch generates lower earnings, lower job satisfaction, and higher turnover, ceteris paribus. These findings appear robust to differences in country, time period, or whether the data analysis is cross-sectional or panel in nature. Thus, while the effects of mismatch are fairly well established, the research so far has focused only on wage and salary workers, meaning that there has been no research to date on the relationship between mismatch and self-employment. Since self-employment is often seen as a driver of economic growth and particularly in employment growth (see for example, Birch, 1987 and Neumark et al., 2008, for the US; Burges, 1991, for Australia; Audretsch & Fritsch, 2003, for Germany although Haltiwanger, Jarmin, & Miranda, 2010, offers a contrasting view), the study of how mismatch interacts with self-employment enriches our understanding of both educational mismatch and this critical area of policy interest.