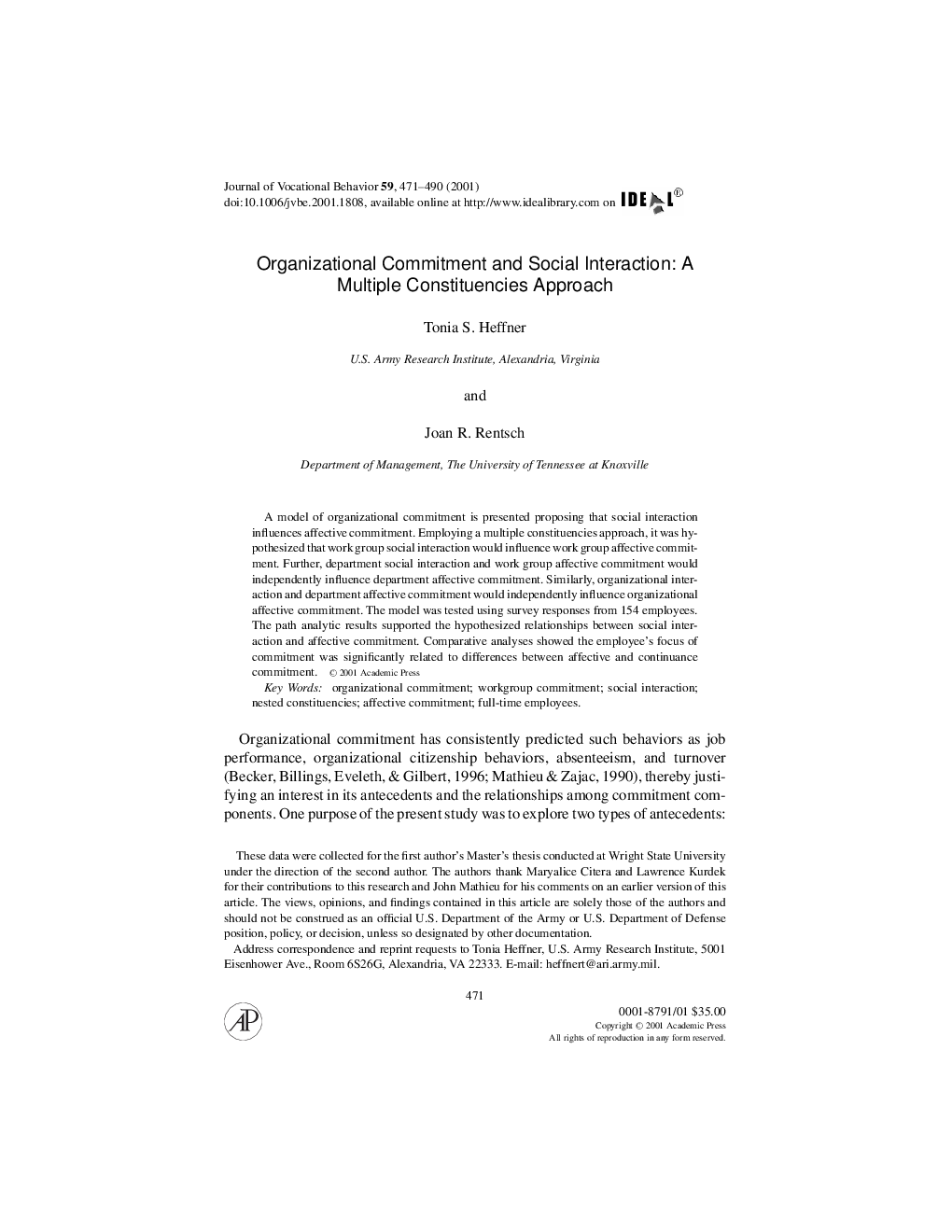 These data were collected for the first author’s Master’s thesis conducted at Wright State Universityunder the direction of the second author. The authors thank Maryalice Citera and LawrenceKurdekfor their contributions to this research and John Mathieu for his comments onan earlierversionof this article. The views, opinions, and findings contained in this article are solely those of the authors andshould not be construed as an official U.S. Department of the Army or U.S. Department of Defenseposition, policy, or decision, unless so designated by other documentation.Address correspondence and reprint requests to Tonia Heffner, U.S. Army Research Institute,5001isenhower Ave., Room 6S26G, Alexandria, VA 22333. E-mail: heffnert@ari.army.mil.