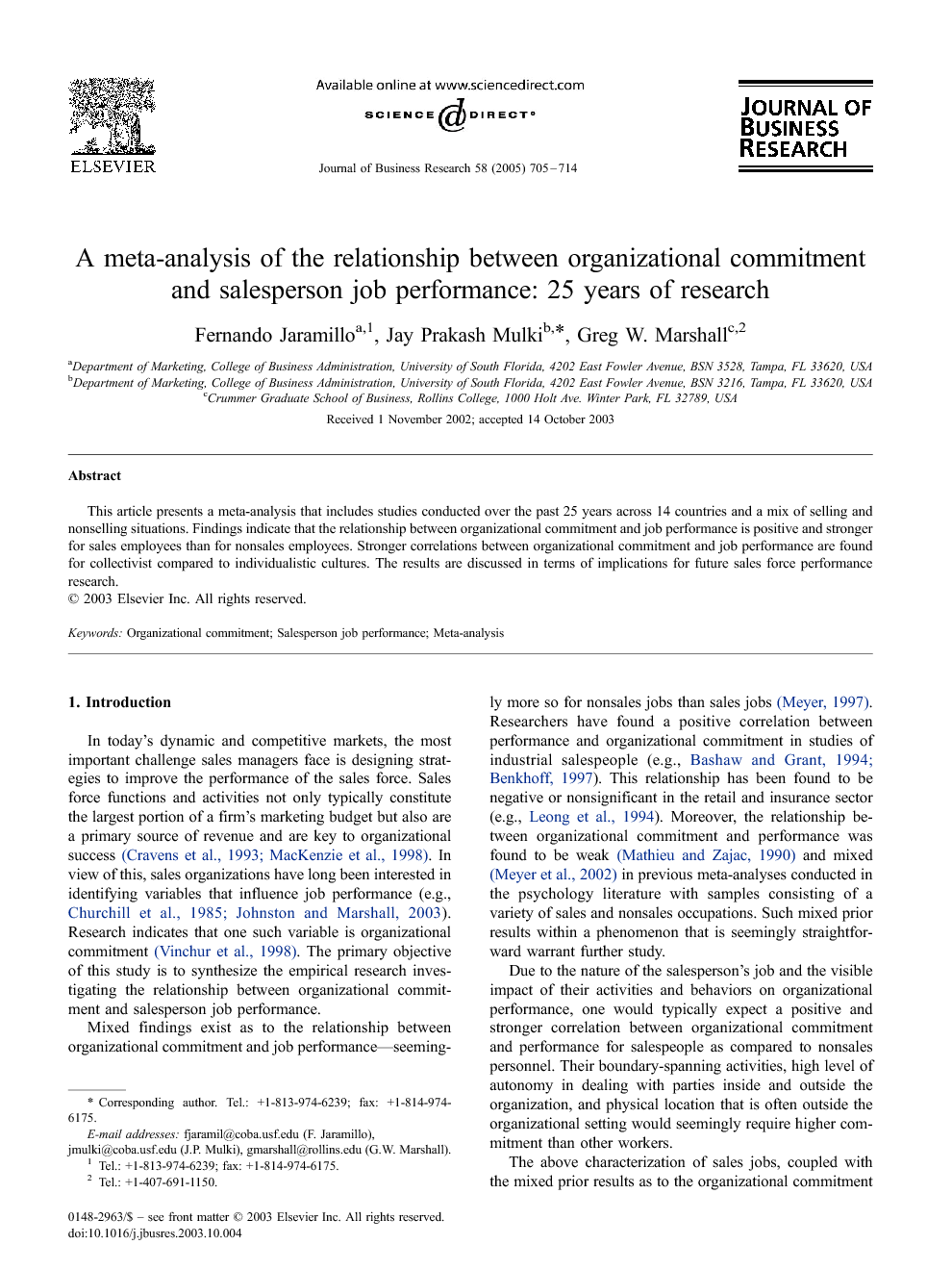 This article presents a meta-analysis that includes studies conducted over the past 25 years across 14 countries and a mix of selling and nonselling situations. Findings indicate that the relationship between organizational commitment and job performance is positive and stronger for sales employees than for nonsales employees. Stronger correlations between organizational commitment and job performance are found for collectivist compared to individualistic cultures. The results are discussed in terms of implications for future sales force performance research