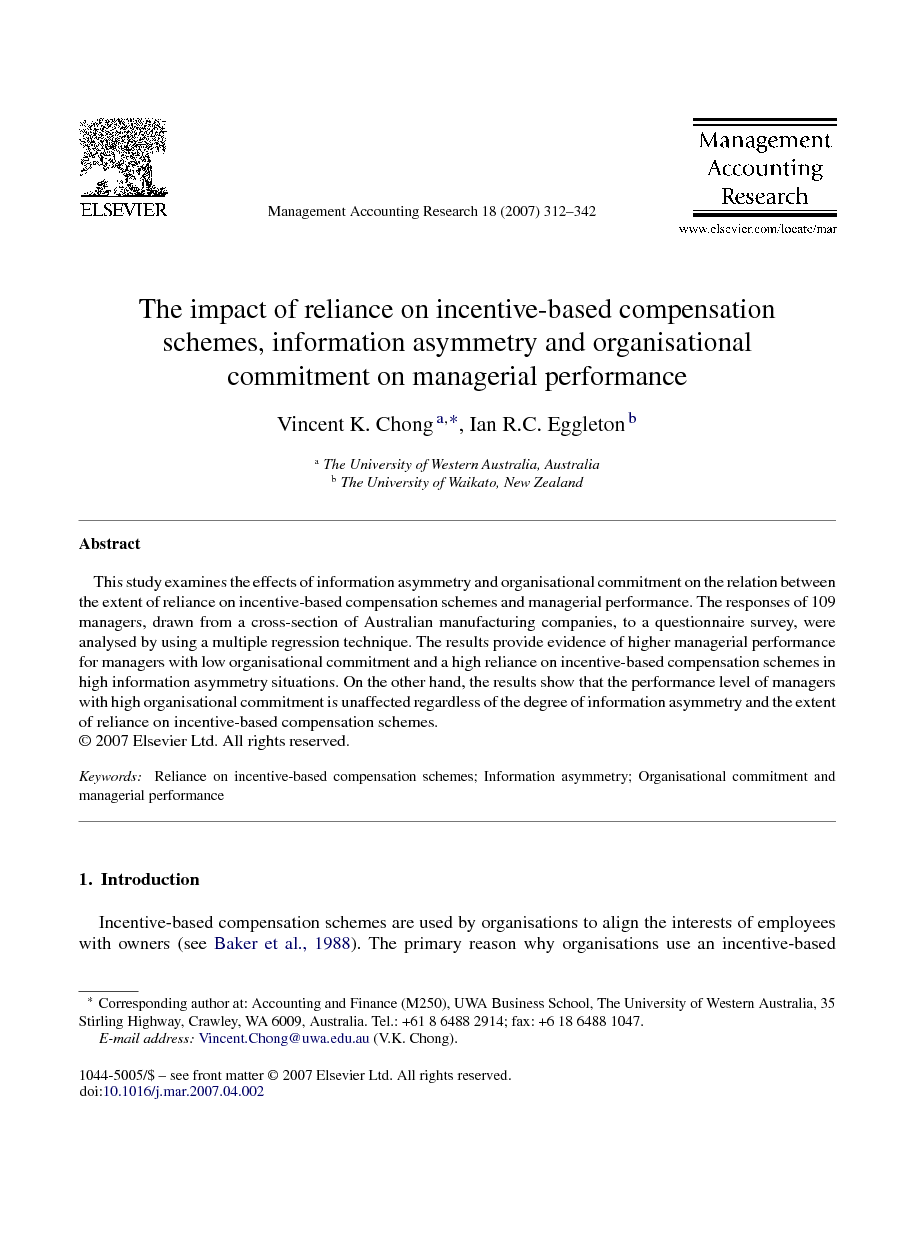 This study examines the effects of information asymmetry and organisational commitment on the relation between the extent of reliance on incentive-based compensation schemes and managerial performance. The responses of 109 managers, drawn from a cross-section of Australian manufacturing companies, to a questionnaire survey, were analysed by using a multiple regression technique. The results provide evidence of higher managerial performance for managers with low organisational commitment and a high reliance on incentive-based compensation schemes in high information asymmetry situations. On the other hand, the results show that the performance level of managers with high organisational commitment is unaffected regardless of the degree of information asymmetry and the extent of reliance on incentive-based compensation schemes.