عنوان انگلیسی
Commitment before and after: An evaluation and reconceptualization of organizational commitment
دانلود فوری مقاله + سفارش ترجمه 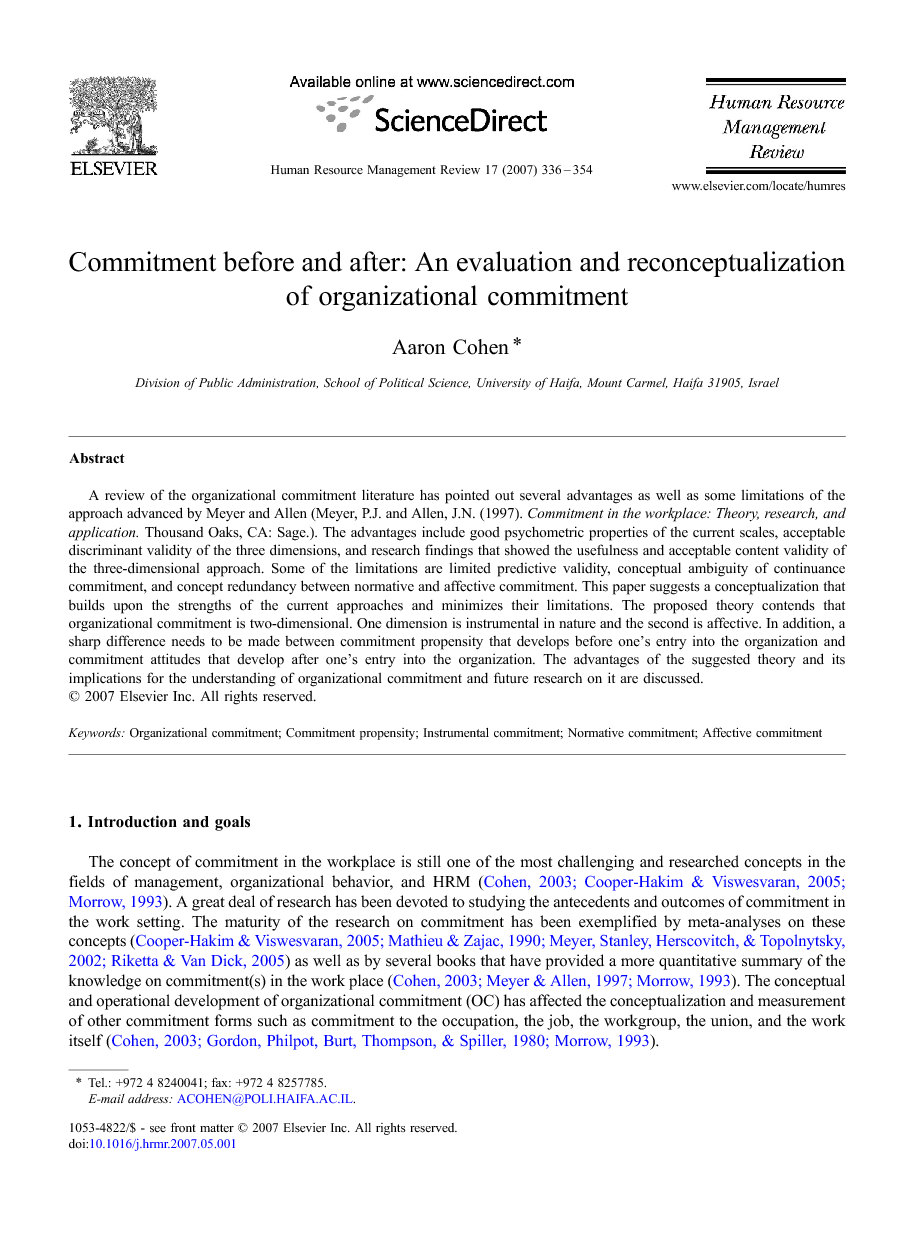 A review of the organizational commitment literature has pointed out several advantages as well as some limitations of the approach advanced by Meyer and Allen (Meyer, P.J. and Allen, J.N. (1997). Commitment in the workplace: Theory, research, and application. Thousand Oaks, CA: Sage.). The advantages include good psychometric properties of the current scales, acceptable discriminant validity of the three dimensions, and research findings that showed the usefulness and acceptable content validity of the three-dimensional approach. Some of the limitations are limited predictive validity, conceptual ambiguity of continuance commitment, and concept redundancy between normative and affective commitment. This paper suggests a conceptualization that builds upon the strengths of the current approaches and minimizes their limitations. The proposed theory contends that organizational commitment is two-dimensional. One dimension is instrumental in nature and the second is affective. In addition, a sharp difference needs to be made between commitment propensity that develops before one's entry into the organization and commitment attitudes that develop after one's entry into the organization. The advantages of the suggested theory and its implications for the understanding of organizational commitment and future research on it are discussed.