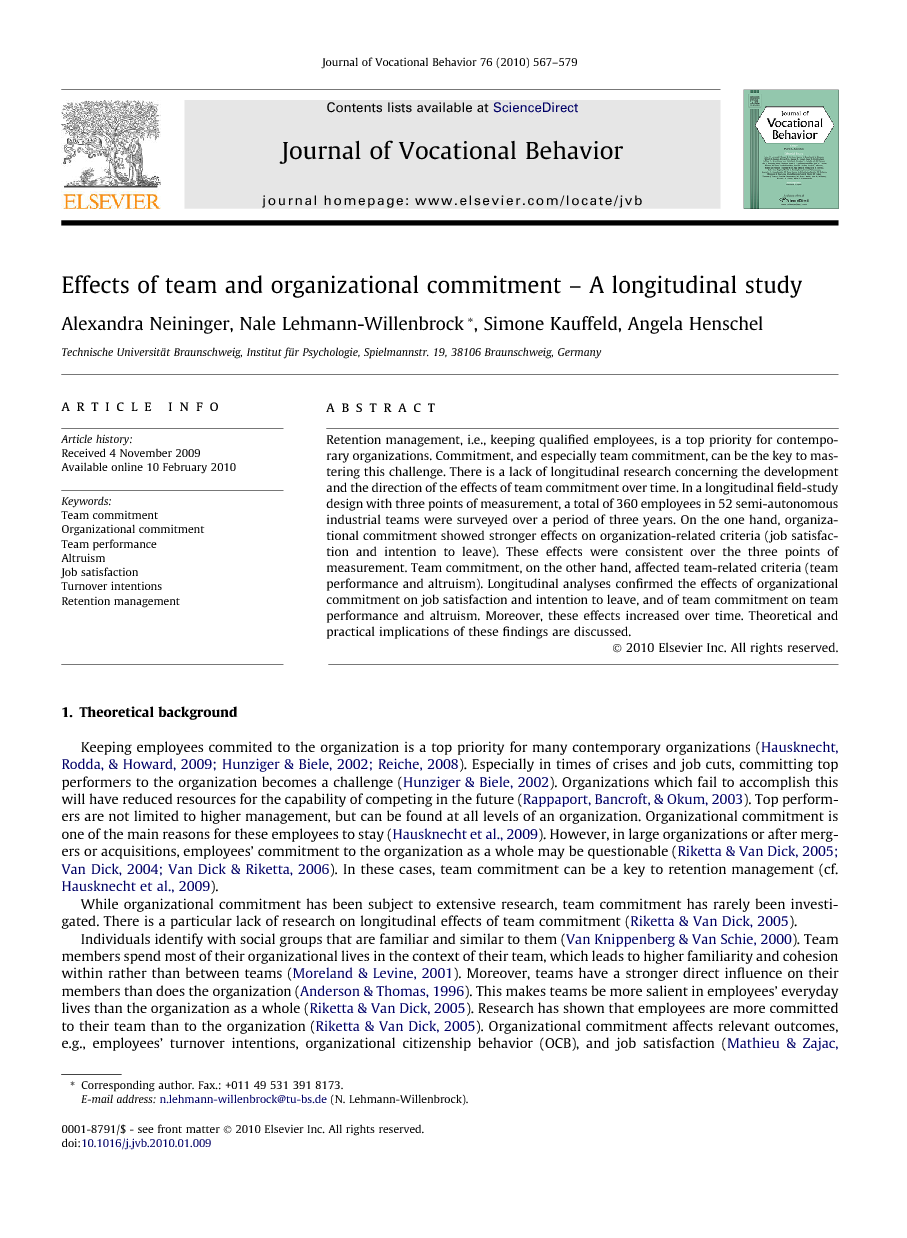 Retention management, i.e., keeping qualified employees, is a top priority for contemporary organizations. Commitment, and especially team commitment, can be the key to mastering this challenge. There is a lack of longitudinal research concerning the development and the direction of the effects of team commitment over time. In a longitudinal field-study design with three points of measurement, a total of 360 employees in 52 semi-autonomous industrial teams were surveyed over a period of three years. On the one hand, organizational commitment showed stronger effects on organization-related criteria (job satisfaction and intention to leave). These effects were consistent over the three points of measurement. Team commitment, on the other hand, affected team-related criteria (team performance and altruism). Longitudinal analyses confirmed the effects of organizational commitment on job satisfaction and intention to leave, and of team commitment on team performance and altruism. Moreover, these effects increased over time. Theoretical and practical implications of these findings are discussed.