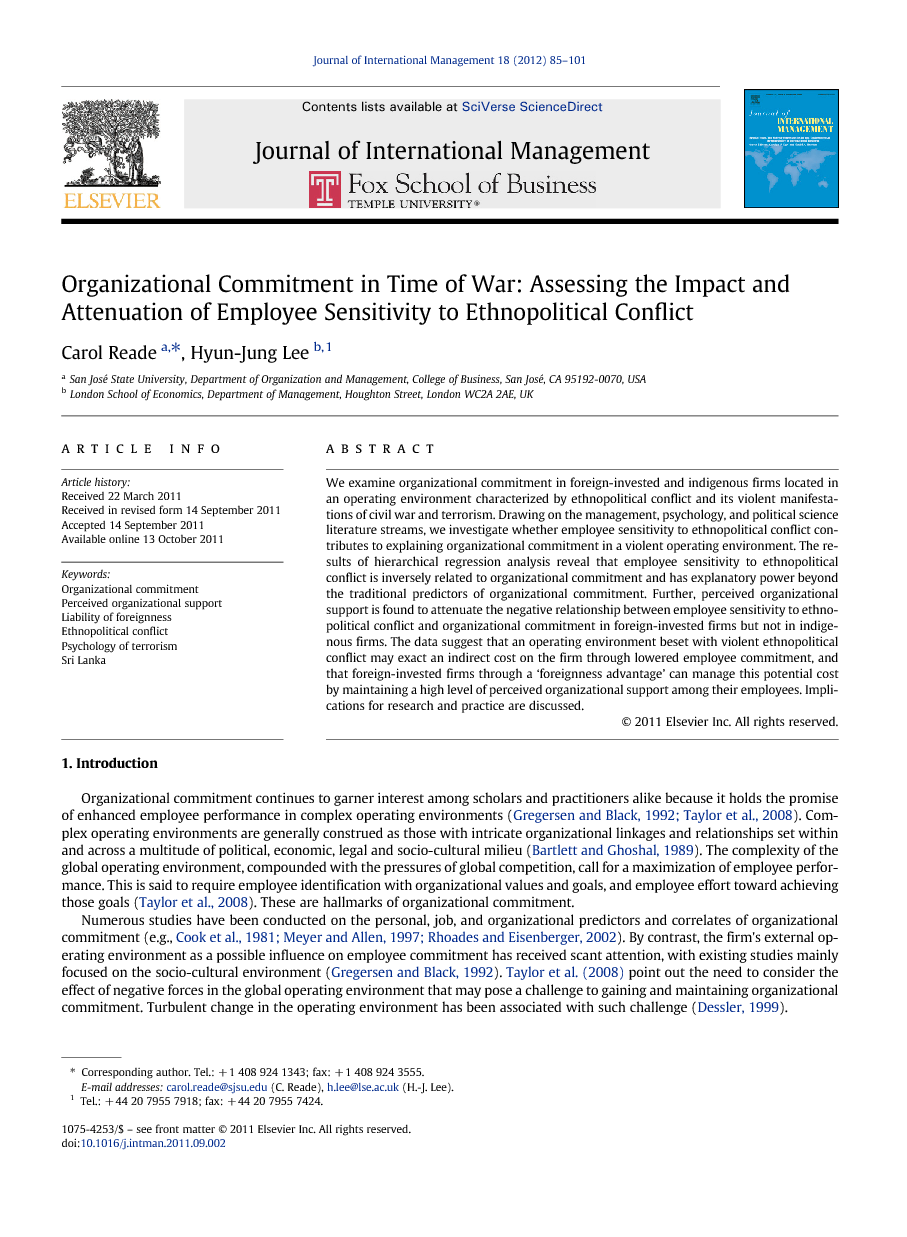 The complexity and competiveness of the global operating environment call for a maximization of employee performance. The results of this study suggest that an operating environment beset with ethnopolitical conflict may exact an indirect cost on the firm through lowered employee commitment, and by extension lowered employee performance. However, as the results also show, foreign firms operating in such an environment have an opportunity to manage this potential cost, at least to some extent, by maintaining high perceived organizational support among their employees. The challenges posed by pervasive ethnic strife in the global operating environment make it imperative for managers to understand the wider ethnopolitical environment, how it plays out inside the organization, and the managerial interventions they have under their control that may attenuate its negative effects on employee attitudes.