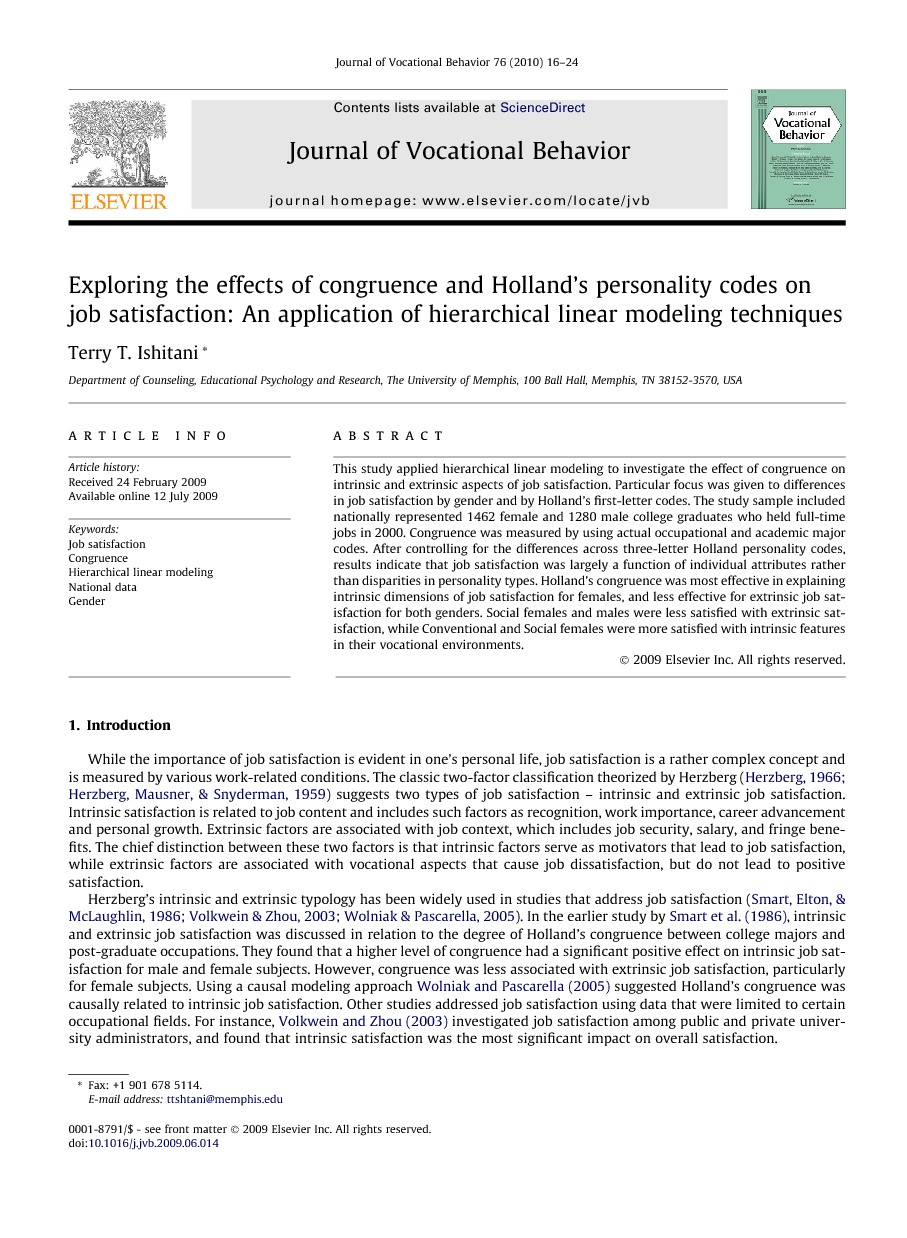 This study applied hierarchical linear modeling to investigate the effect of congruence on intrinsic and extrinsic aspects of job satisfaction. Particular focus was given to differences in job satisfaction by gender and by Holland’s first-letter codes. The study sample included nationally represented 1462 female and 1280 male college graduates who held full-time jobs in 2000. Congruence was measured by using actual occupational and academic major codes. After controlling for the differences across three-letter Holland personality codes, results indicate that job satisfaction was largely a function of individual attributes rather than disparities in personality types. Holland’s congruence was most effective in explaining intrinsic dimensions of job satisfaction for females, and less effective for extrinsic job satisfaction for both genders. Social females and males were less satisfied with extrinsic satisfaction, while Conventional and Social females were more satisfied with intrinsic features in their vocational environments.