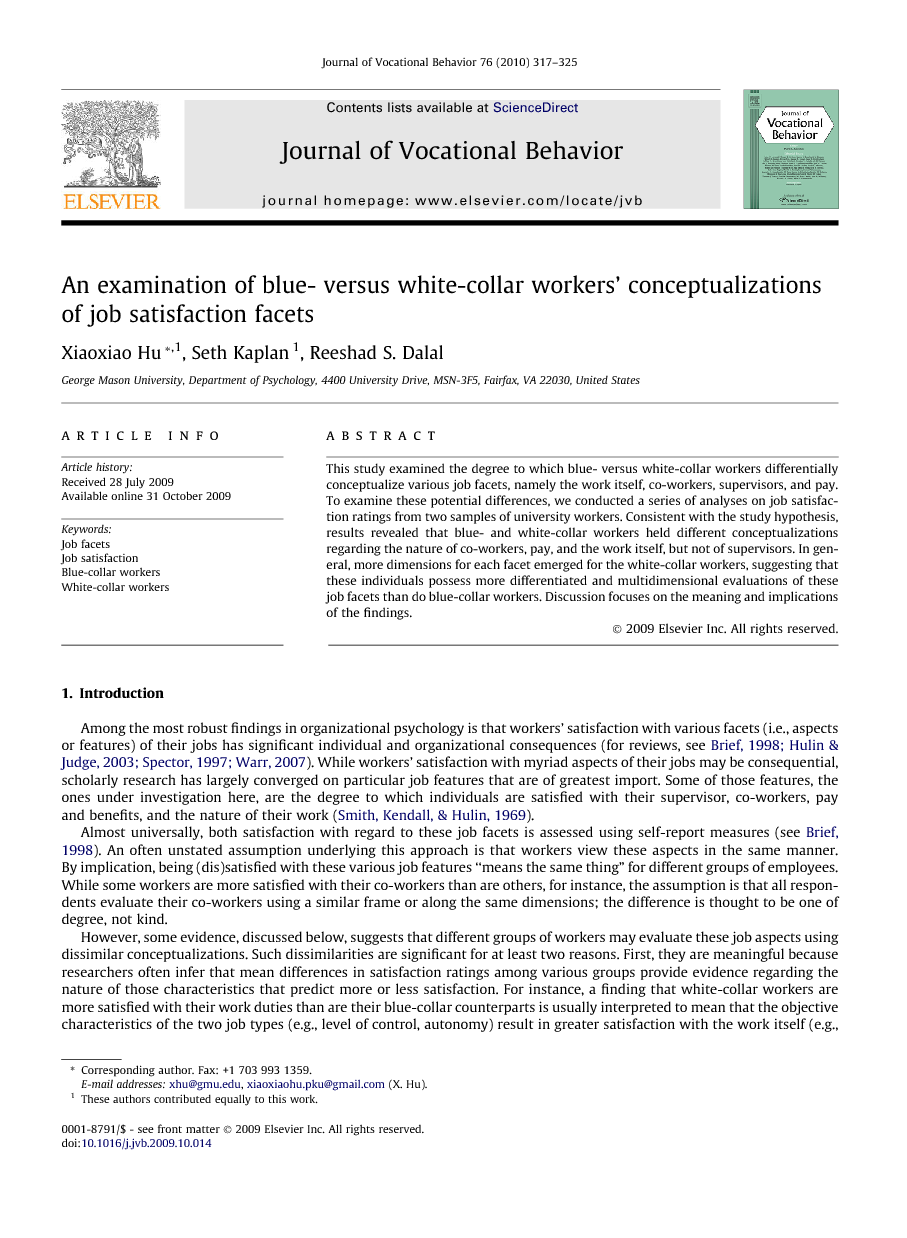 This study examined the degree to which blue- versus white-collar workers differentially conceptualize various job facets, namely the work itself, co-workers, supervisors, and pay. To examine these potential differences, we conducted a series of analyses on job satisfaction ratings from two samples of university workers. Consistent with the study hypothesis, results revealed that blue- and white-collar workers held different conceptualizations regarding the nature of co-workers, pay, and the work itself, but not of supervisors. In general, more dimensions for each facet emerged for the white-collar workers, suggesting that these individuals possess more differentiated and multidimensional evaluations of these job facets than do blue-collar workers. Discussion focuses on the meaning and implications of the findings.