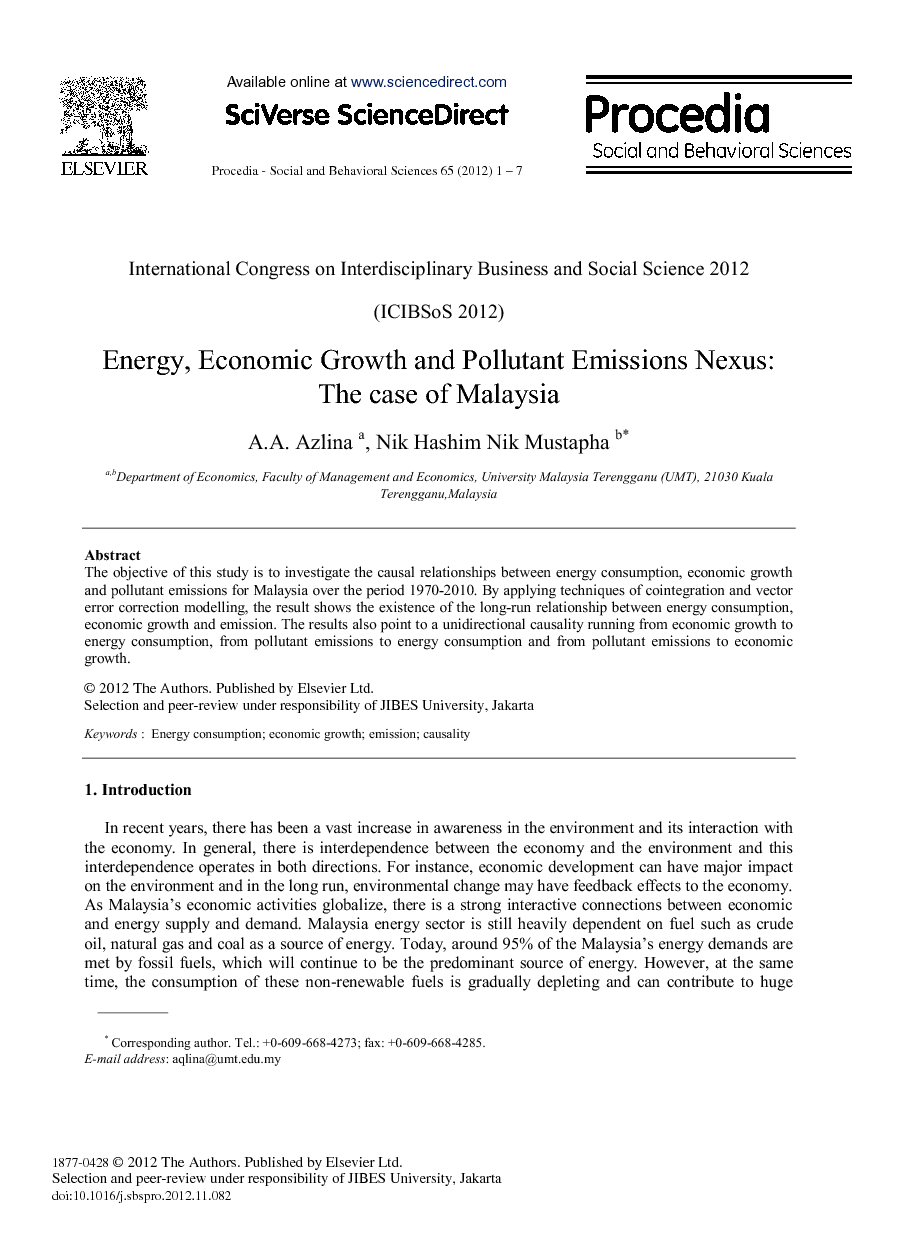 This study examines the link between energy consumption and economic growth for Malaysia over the period 1970 to 2010. The empirical results of co-integration test show that energy consumption and economic growth are co-integrated. In addition, causality test results reveal that there is a short-run and long-run Granger causality running from economic growth to energy consumption, from pollutant emissions to energy consumption and from pollutant emissions to economic growth. The empirical results of this study provide policy makers a better understanding of energy consumption-economic growthnexus to formulate energy policies in Malaysia. In this study, since economic growth cause energy consumption, it suggests that the implementation of energy conservation policies may be implemented with little or no adverse effect on economic growth. Therefore, there is relatively more scope for energy conservation measures as a feasible policy in Malaysia. The findings of this study show that this issue still deserves further attention in future research. Malaysian economy will continue to grow particularly with the concern for environmental degradation among the new generation is fast escalating. The depletion of energy resource due to its non-renewable nature is surely happening but the extinction is an uncertainty. The plausible argument is that exploration activities for new oil wells will continue to be intensified because of commercialization and economic importance of this sector to the country. Alternatively the economy might resort to rely on the import of energy resource from outside rather than totally dependent on domestic oil which Malaysia is doing currently. One should also realize that sources of economic growth come with advancement of technology as the result of research and development. Malaysia will be influenced partly by the global achievement in technology and innovation besides her own development in this field. Cheaper and abundant resource friendly to the environmental may be developed in long run which is happening with the introduction of hybrid cars. High production cost and exhaustible energy resources will be replaced by the abundant resources of close substitutes that are friendly to the environment. The economic growth scenario for the country is surely believed to be sustained into the future.