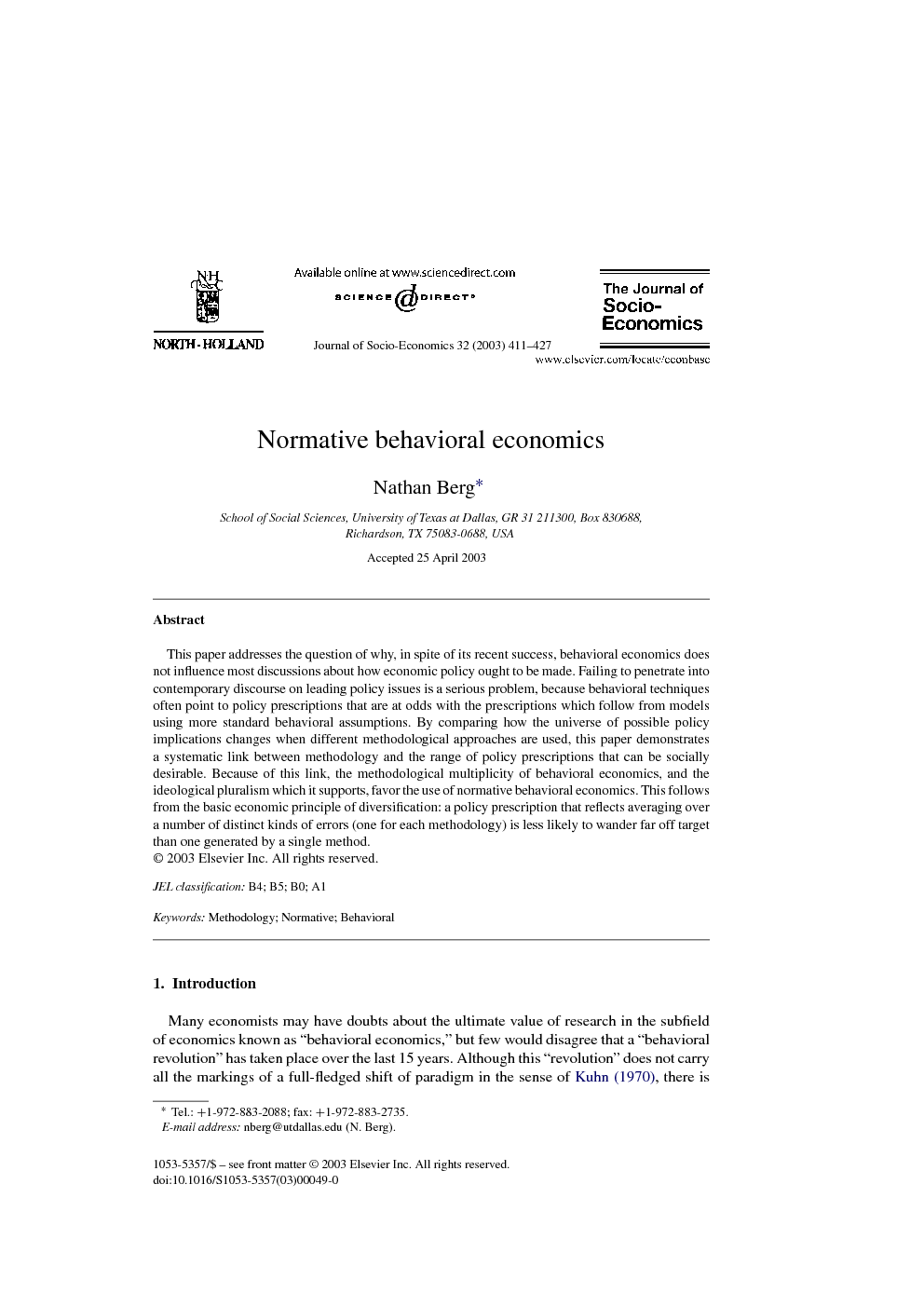 This paper addresses the question of why, in spite of its recent success, behavioral economics does not influence most discussions about how economic policy ought to be made. Failing to penetrate into contemporary discourse on leading policy issues is a serious problem, because behavioral techniques often point to policy prescriptions that are at odds with the prescriptions which follow from models using more standard behavioral assumptions. By comparing how the universe of possible policy implications changes when different methodological approaches are used, this paper demonstrates a systematic link between methodology and the range of policy prescriptions that can be socially desirable. Because of this link, the methodological multiplicity of behavioral economics, and the ideological pluralism which it supports, favor the use of normative behavioral economics. This follows from the basic economic principle of diversification: a policy prescription that reflects averaging over a number of distinct kinds of errors (one for each methodology) is less likely to wander far off target than one generated by a single method.