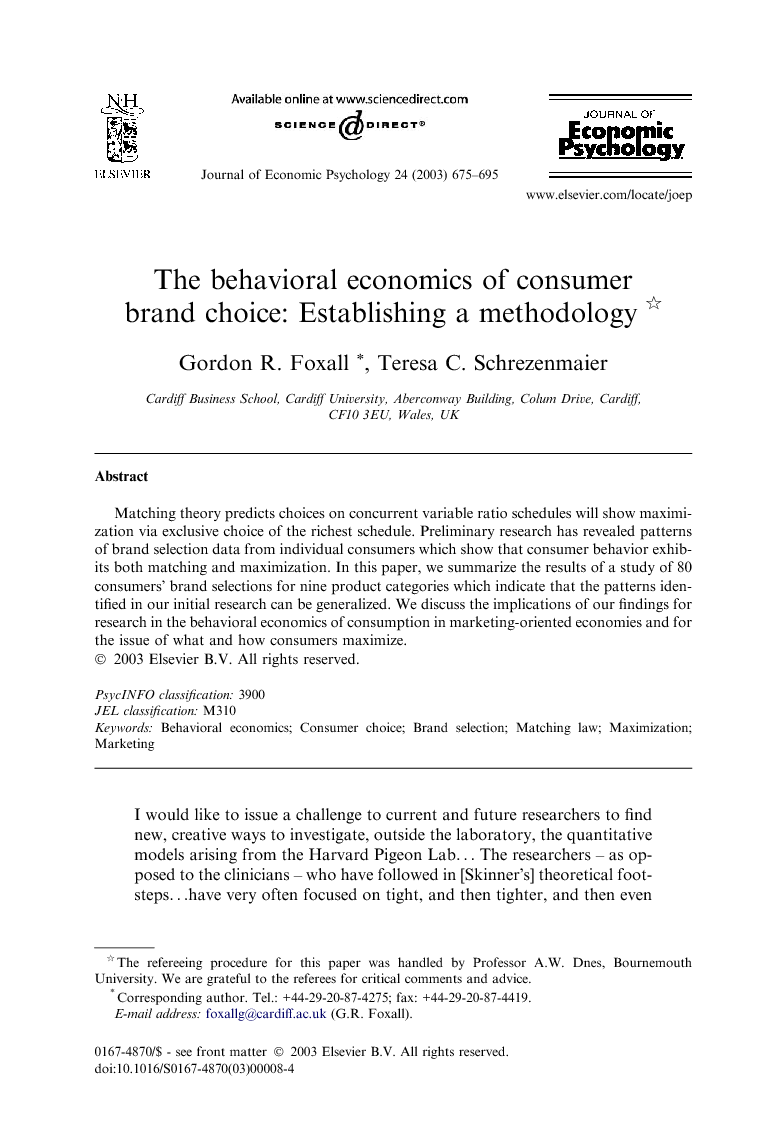 Matching theory predicts choices on concurrent variable ratio schedules will show maximization via exclusive choice of the richest schedule. Preliminary research has revealed patterns of brand selection data from individual consumers which show that consumer behavior exhibits both matching and maximization. In this paper, we summarize the results of a study of 80 consumers’ brand selections for nine product categories which indicate that the patterns identified in our initial research can be generalized. We discuss the implications of our findings for research in the behavioral economics of consumption in marketing-oriented economies and for the issue of what and how consumers maximize.