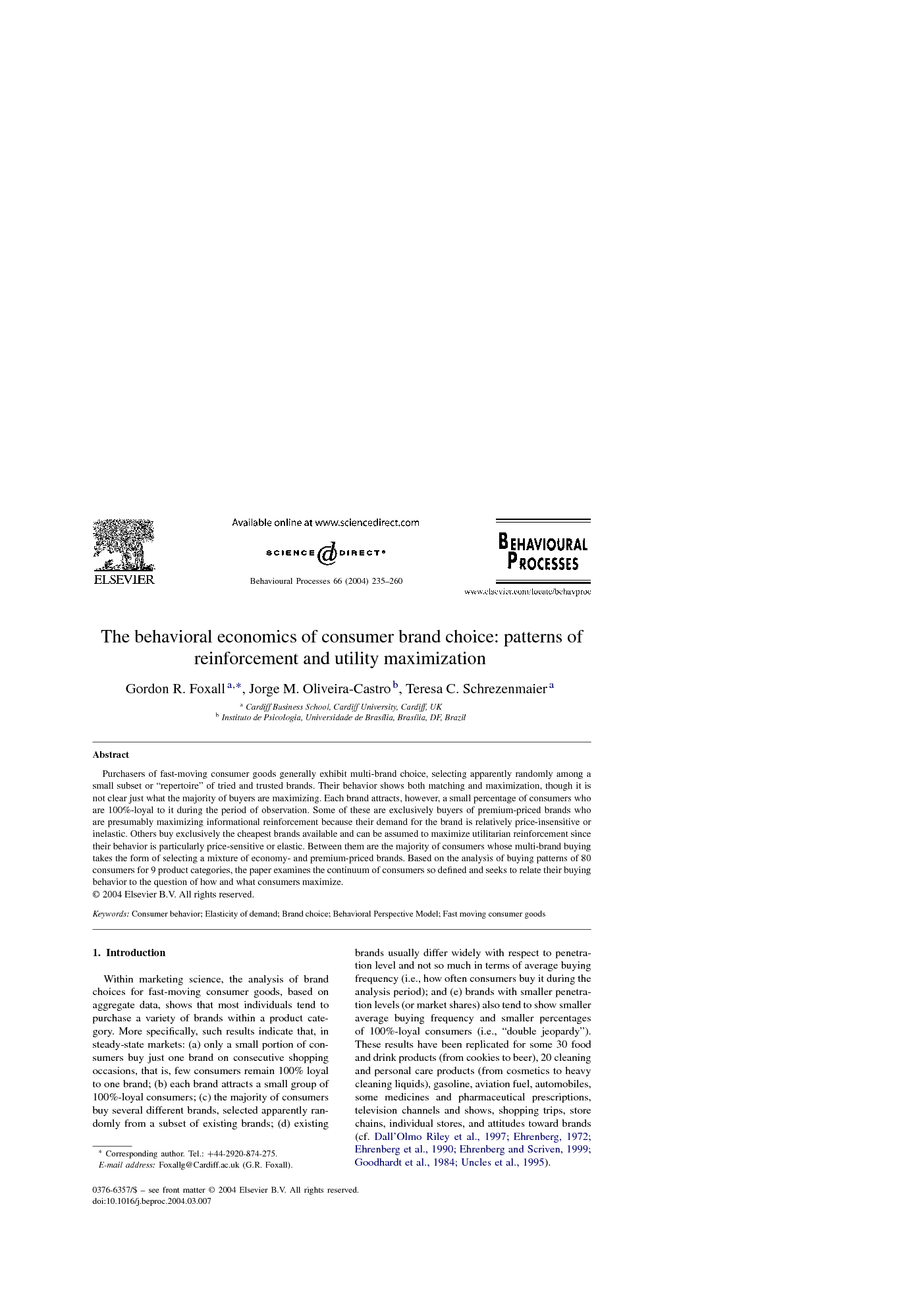 Purchasers of fast-moving consumer goods generally exhibit multi-brand choice, selecting apparently randomly among a small subset or “repertoire” of tried and trusted brands. Their behavior shows both matching and maximization, though it is not clear just what the majority of buyers are maximizing. Each brand attracts, however, a small percentage of consumers who are 100%-loyal to it during the period of observation. Some of these are exclusively buyers of premium-priced brands who are presumably maximizing informational reinforcement because their demand for the brand is relatively price-insensitive or inelastic. Others buy exclusively the cheapest brands available and can be assumed to maximize utilitarian reinforcement since their behavior is particularly price-sensitive or elastic. Between them are the majority of consumers whose multi-brand buying takes the form of selecting a mixture of economy- and premium-priced brands. Based on the analysis of buying patterns of 80 consumers for 9 product categories, the paper examines the continuum of consumers so defined and seeks to relate their buying behavior to the question of how and what consumers maximize.