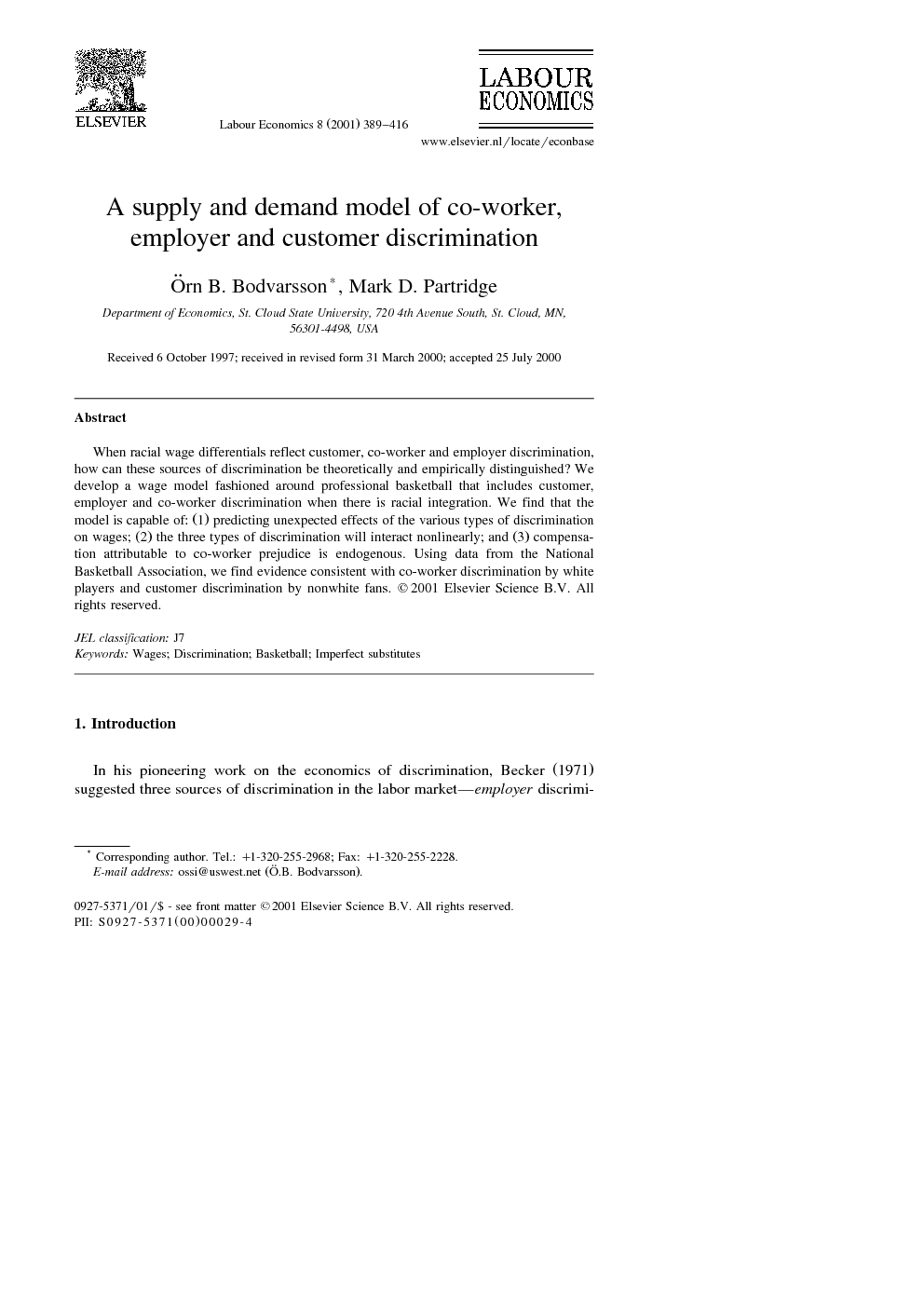 This paper has demonstrated that Becker's three sources of discrimination can be incorporated into a single model, both theoretically and empirically. However, unlike the clear predictions of standard discrimination models, a model of a racially integrated firm in which all three types of discrimination may coexist yields ambiguous predictions. The ambiguity results from relaxing the perfect substitution assumption and allowing for two-way co-worker discrimination effects on wages. Our wage model is the first we know of that has all three types of discrimination in a wage equation, where the equation is derived from a model of labor demand and supply and where imperfect substitution is allowed between the two classes of labor in production. One insight of the model is that the firm's racial composition can influence wages. In the literature, racial composition of the firm has received little attention. We estimated a short-run counterpart to the long-run theoretical model because institutional constraints in the NBA limit the ability of the team to alter its racial mix in a given year. We found no evidence of employer discrimination that had a significant effect on wages. We found evidence consistent with conventional white co-worker discrimination, which suggests that co-worker discrimination should receive more attention in future research. We believe that the absence of black co-worker discrimination in our sample may reflect the dominance of blacks in the NBA labor pool. Finally, we found evidence consistent with black fans engaging in customer discrimination, but not in the case of white fans. Regardless, we caution that these results should be very carefully interpreted given the possibility that our proxies for discrimination could be given a different explanation. For example, the model in Section 2 implies that discrimination may have unexpected effects on wages. However, this study represents the first effort to identify all three forms of discrimination and illustrates some potential avenues for future researchers to examine all three types of discrimination. Finally, this study has raised another important question for future investigation: in the case where whites and nonwhites are perfect substitutes and there is labor market discrimination, why don't we see more occupational or firm level segregation? Our study has demonstrated that the production function and reservation wages are key to understanding racial integration in American industry. Other factors driving integration unrelated to production, e.g. search frictions, imperfect information, and other sources of transaction costs, must also be examined.