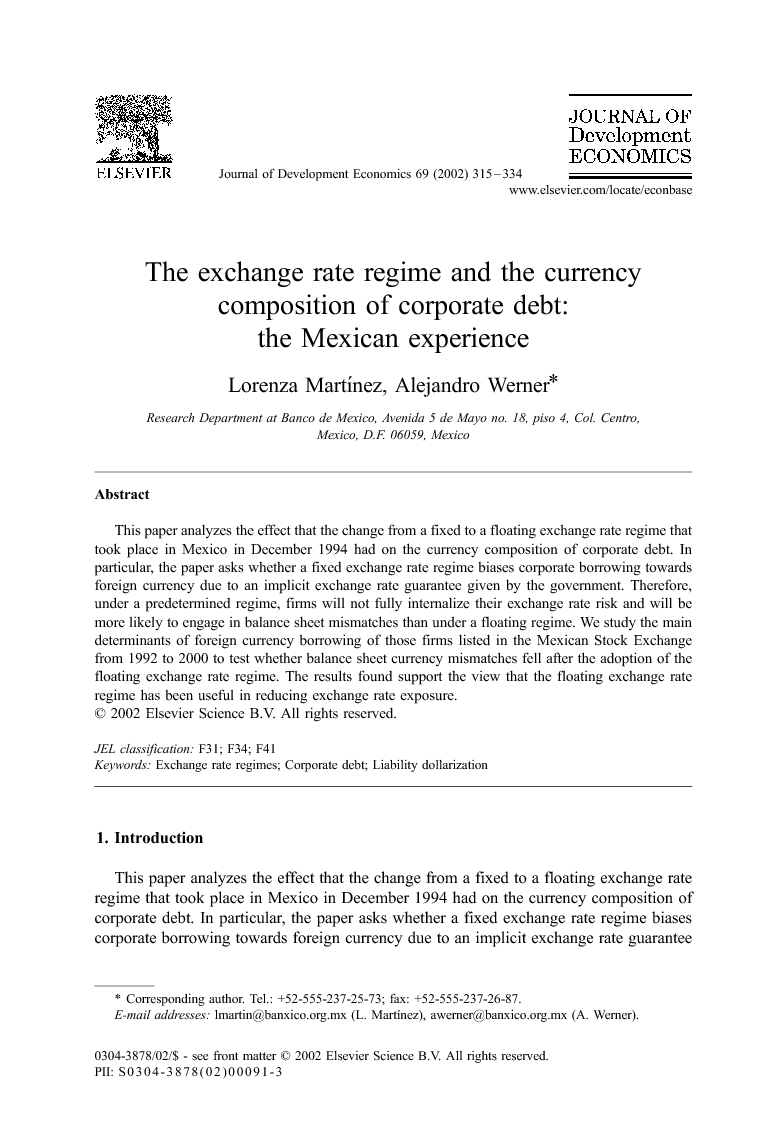 This paper tested the hypothesis that a fixed exchange rate regime biases corporate borrowing towards foreign currency due to an implicit exchange rate guarantee given by the government. Extending an asymmetric information model developed by Holmstrom and Tirole (1997), we derived a testable implication to find empirical support for our theory. Results indicate that in fact firms have been taking the exchange rate risk more seriously after the adoption of the floating exchange rate regime than before. This argument follows from the fact that on the one hand during the predetermined exchange rate regime the ratio of dollar denominated to total debt was mainly determined by the size of the firm. On the other hand, during the free-floating regime, exports became the only significant determinant of the importance of dollar indebtedness. Moreover, for the fixed exchange rate regime, there was not any difference between dollar and peso revenues, while during the floating regime only dollar revenues were an important determinant of the dollar debt to total ratio. It is important to mention that even though firms are now less exposed to the exchange rate risk than before 1994, there is still some level of exposure because the median of the ratio of exports to dollar-denominated debt is below 8%.10 Therefore, the fact that firms are less exposed and that they are decreasing further their exchange rate exposure does not imply that they are fully prepared to absorb an important exchange rate depreciation.