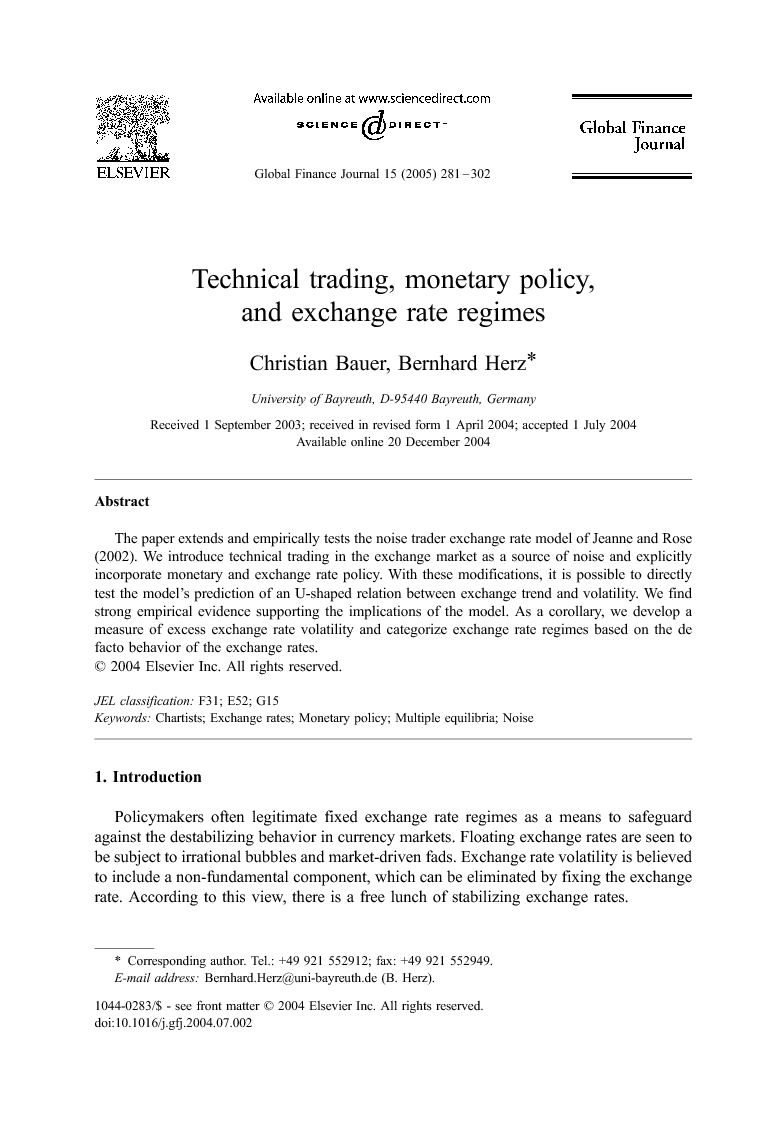 The paper extends and empirically tests the noise trader exchange rate model of Jeanne and Rose (2002). We introduce technical trading in the exchange market as a source of noise and explicitly incorporate monetary and exchange rate policy. With these modifications, it is possible to directly test the model's prediction of an U-shaped relation between exchange trend and volatility. We find strong empirical evidence supporting the implications of the model. As a corollary, we develop a measure of excess exchange rate volatility and categorize exchange rate regimes based on the de facto behavior of the exchange rates.