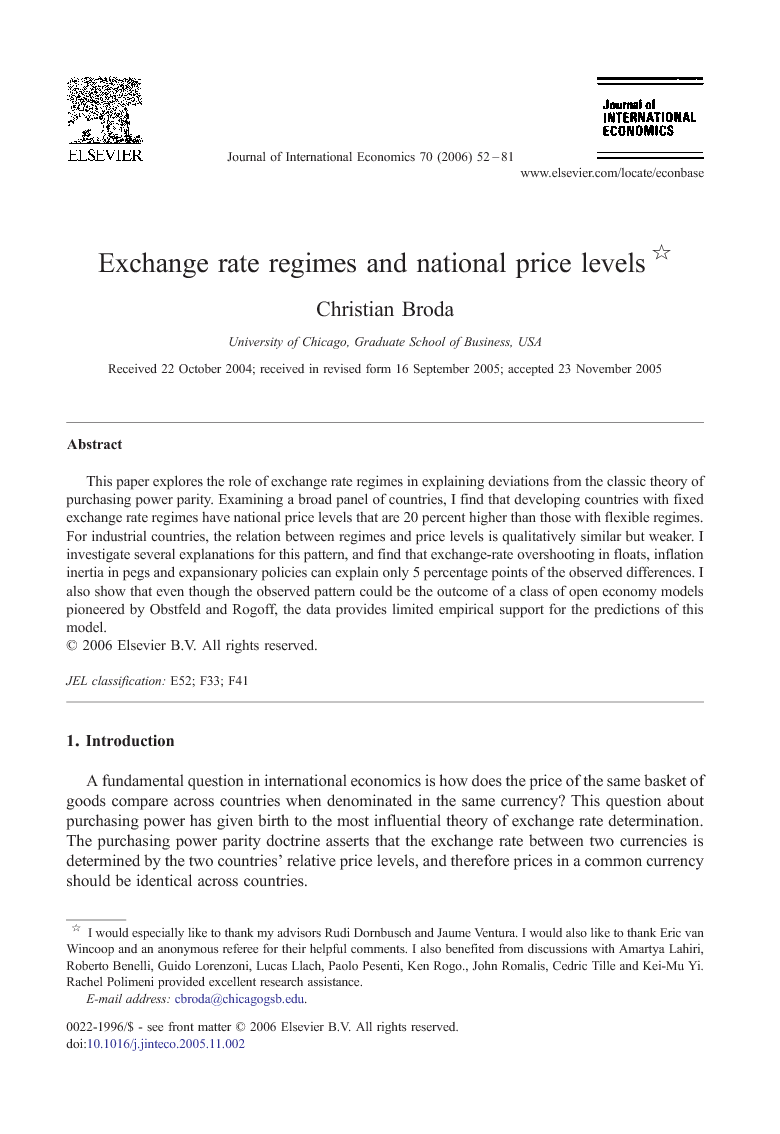 This paper explores the role of exchange rate regimes in explaining deviations from the classic theory of purchasing power parity. Examining a broad panel of countries, I find that developing countries with fixed exchange rate regimes have national price levels that are 20 percent higher than those with flexible regimes. For industrial countries, the relation between regimes and price levels is qualitatively similar but weaker. I investigate several explanations for this pattern, and find that exchange-rate overshooting in floats, inflation inertia in pegs and expansionary policies can explain only 5 percentage points of the observed differences. I also show that even though the observed pattern could be the outcome of a class of open economy models pioneered by Obstfeld and Rogoff, the data provides limited empirical support for the predictions of this model.