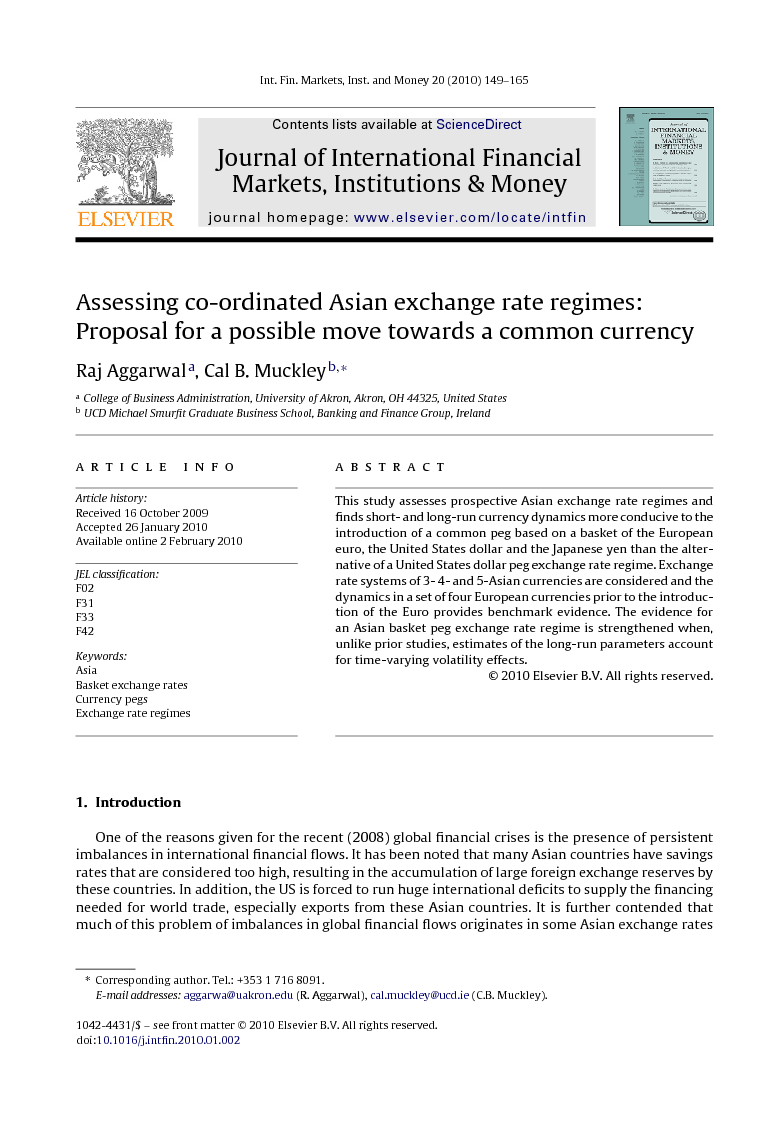 This study assesses prospective Asian exchange rate regimes and finds short- and long-run currency dynamics more conducive to the introduction of a common peg based on a basket of the European euro, the United States dollar and the Japanese yen than the alternative of a United States dollar peg exchange rate regime. Exchange rate systems of 3- 4- and 5-Asian currencies are considered and the dynamics in a set of four European currencies prior to the introduction of the Euro provides benchmark evidence. The evidence for an Asian basket peg exchange rate regime is strengthened when, unlike prior studies, estimates of the long-run parameters account for time-varying volatility effects.