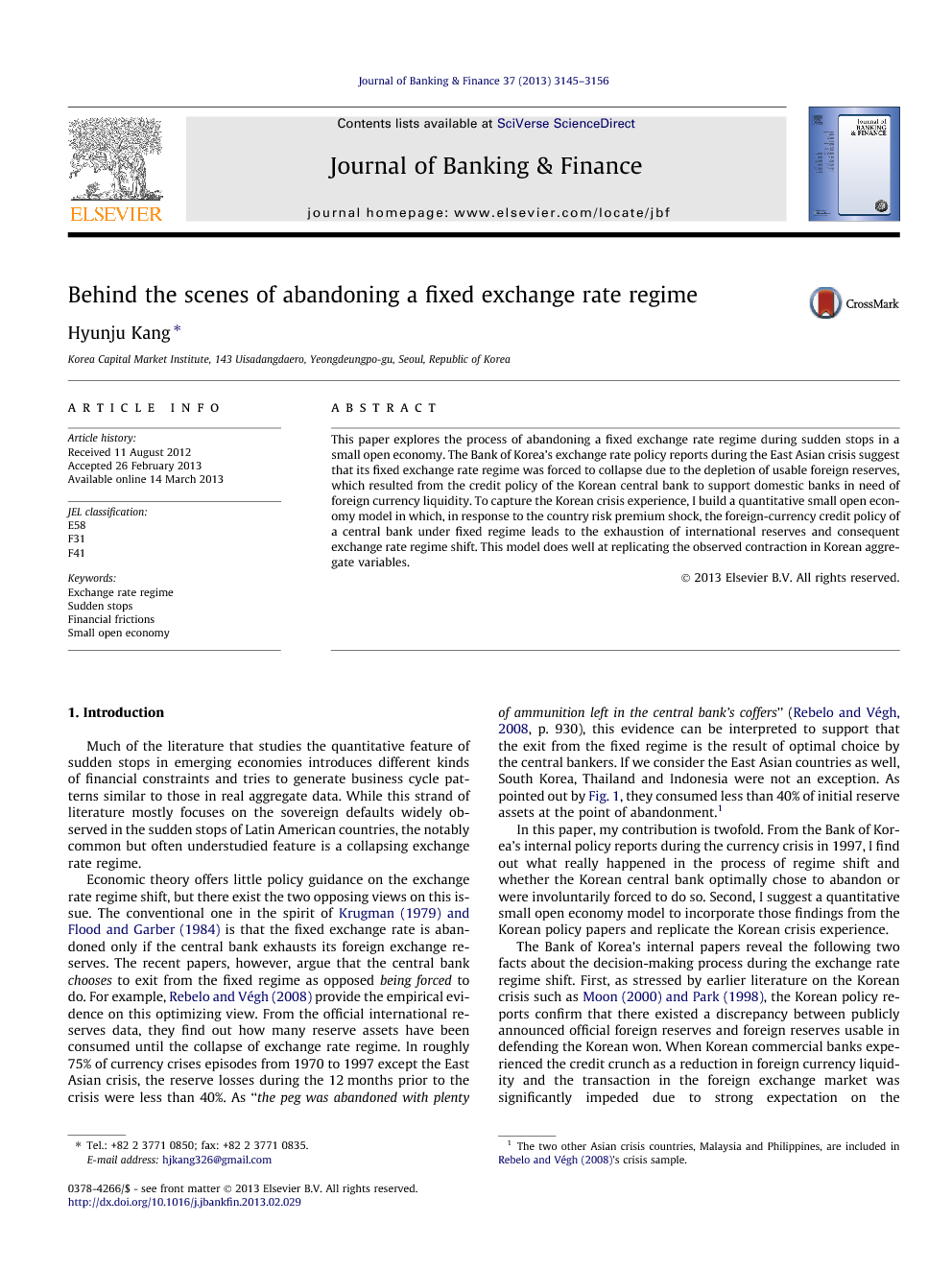 This paper explores the process of abandoning a fixed exchange rate regime during sudden stops in a small open economy. The Bank of Korea’s exchange rate policy reports during the East Asian crisis suggest that its fixed exchange rate regime was forced to collapse due to the depletion of usable foreign reserves, which resulted from the credit policy of the Korean central bank to support domestic banks in need of foreign currency liquidity. To capture the Korean crisis experience, I build a quantitative small open economy model in which, in response to the country risk premium shock, the foreign-currency credit policy of a central bank under fixed regime leads to the exhaustion of international reserves and consequent exchange rate regime shift. This model does well at replicating the observed contraction in Korean aggregate variables.

In this paper, I study the process of exchange rate regime shifts during sudden stops in a small open economy, using the policy papers by the Bank of Korea to suggest the actual decision-making process within a central bank. Despite the recently popular modeling assumption that a central bank optimally chooses to abandon the fixed regime, the Bank of Korea’s case suggests that the conventional exit rule - the regime is abandoned if the reserve assets are exhausted, is more descriptive and that the official foreign reserves during sudden stops in emerging economies may be overestimated, due to the lack of transparency. I also develop a small open economy model with the credit policy of a central bank to support domestic banks in need of foreign currency liquidity. In the model, a crisis begins with a large shock to the country risk premium under the fixed exchange rate regime. If foreign reserve assets are expected to be depleted as a result of the credit policy, the central bank is forced to switch to the floating exchange rate regime before reserve assets are exhausted. This model does well at capturing the regime switching in the Korean crisis and the observed drop in aggregate variables.