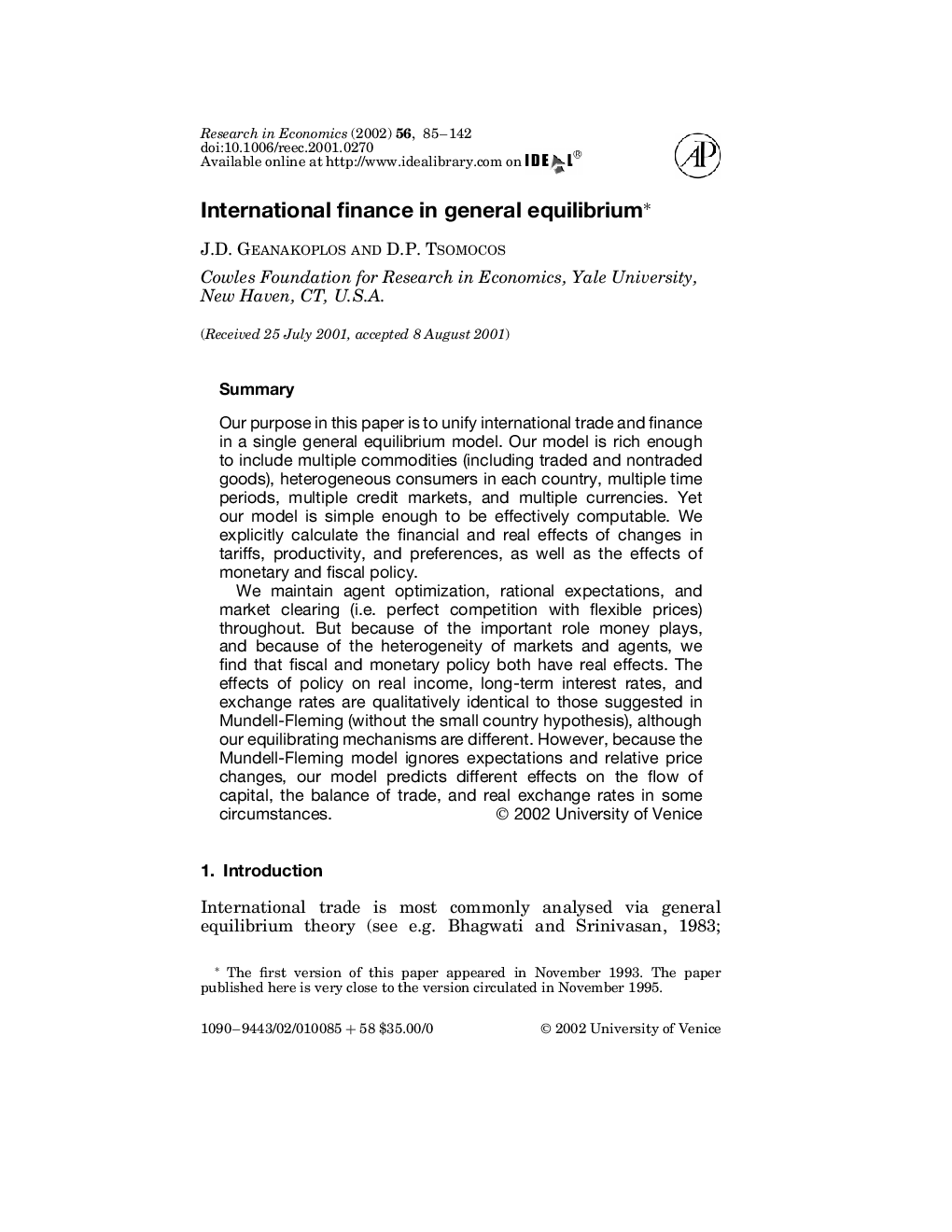 Our purpose in this paper is to unify international trade and finance in a single general equilibrium model. Our model is rich enough to include multiple commodities (including traded and nontraded goods), heterogeneous consumers in each country, multiple time periods, multiple credit markets, and multiple currencies. Yet our model is simple enough to be effectively computable. We explicitly calculate the financial and real effects of changes in tariffs, productivity, and preferences, as well as the effects of monetary and fiscal policy. We maintain agent optimization, rational expectations, and market clearing (i.e. perfect competition with flexible prices) throughout. But because of the important role money plays, and because of the heterogeneity of markets and agents, we find that fiscal and monetary policy both have real effects. The effects of policy on real income, long-term interest rates, and exchange rates are qualitatively identical to those suggested in Mundell-Fleming (without the small country hypothesis), although our equilibrating mechanisms are different. However, because the Mundell-Fleming model ignores expectations and relative price changes, our model predicts different effects on the flow of capital, the balance of trade, and real exchange rates in some circumstances.