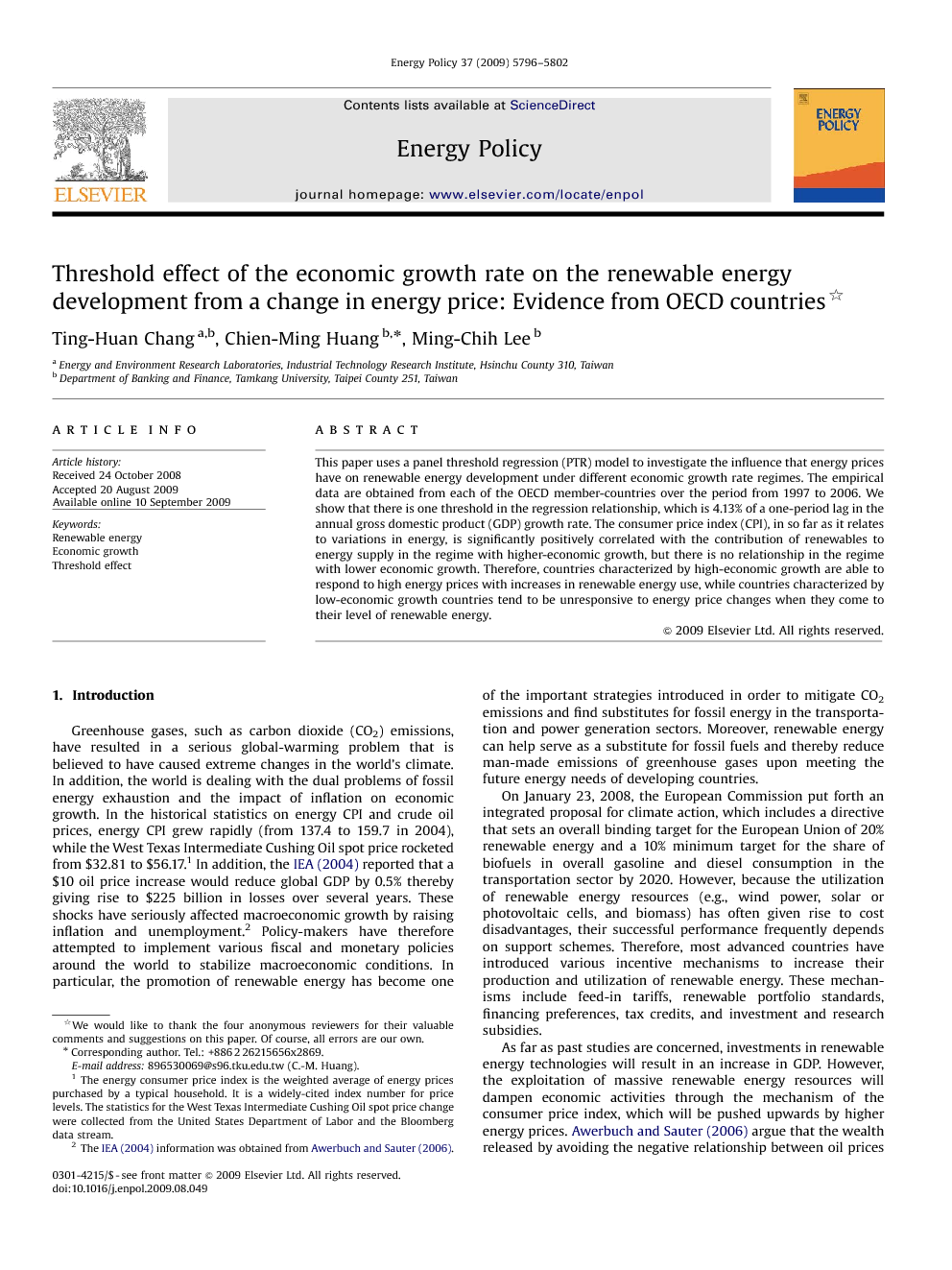 This paper uses a panel threshold regression (PTR) model to investigate the influence that energy prices have on renewable energy development under different economic growth rate regimes. The empirical data are obtained from each of the OECD member-countries over the period from 1997 to 2006. We show that there is one threshold in the regression relationship, which is 4.13% of a one-period lag in the annual gross domestic product (GDP) growth rate. The consumer price index (CPI), in so far as it relates to variations in energy, is significantly positively correlated with the contribution of renewables to energy supply in the regime with higher-economic growth, but there is no relationship in the regime with lower economic growth. Therefore, countries characterized by high-economic growth are able to respond to high energy prices with increases in renewable energy use, while countries characterized by low-economic growth countries tend to be unresponsive to energy price changes when they come to their level of renewable energy.